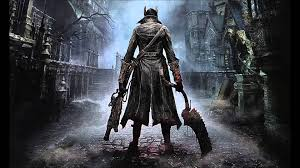 Battlefield: Hardline has fended off the challenge of Bloodborne to claim first place in the UK All Formats Chart for the second week running.

It was a close run thing, with the PS4 exclusive Bloodborne only 22,500 copies behind EA’s multiplatform shooter.

Hardline can take heart that despite lower launch week sales than Battlefield 4; it manages a dip of only 43% in sales, better than its predecessor, according to Chart Track.

Another HD makeover is in third this week, with Borderlands: The Handsome Collection entering the charts.

Grand Theft Auto V is in fourth this week, whilst FIFA 15 is a non-mover in fifth.

Dying Light drops once again, down to sixth this week.

Retailer promotions have their influence felt once again, with Call of Duty: Advanced Warfare up one place to seventh thanks to one. Far Cry 4 feels the full effects of a price cut, as it rises 10 places to eighth. The third game to enjoy a small price drop is The Order: 1886, which is back in 10th place.

Minecraft: Xbox Edition is in ninth this week, with the PlayStation Edition out of the Top 10 for the first time since February in 13th.

Elsewhere in the charts the other new entry, PlayStation and PC game Ride, debuts in 25th place.

Final Fantasy Type-0 HD suffers in its second week, down to 12th, but DMC: Definitive Edition is out of the Top 40 after only three weeks on sale.

The only new release next week is Dark Souls 2: Scholar of the First Sin. It will be interesting to see whether it will be able to challenge Hardline.