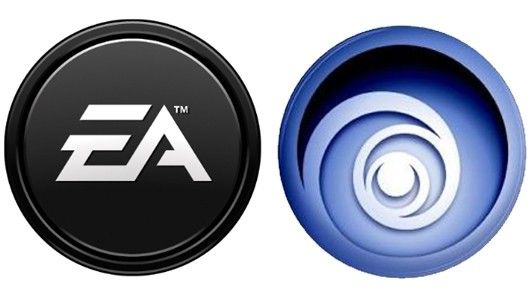 Hey, you got your Origin in my Uplay! No, you got your Uplay in my Origin! Yesterday saw the announcement that a number of Ubisoft titles will be available on EA’s digital distribution service, Origin. The road also goes both ways in this case, as select EA titles are now available on Ubisoft’s service, Uplay. Gamers in North America already have access to the titles, but players in Europe and Asia will have to wait until the 22nd.

Michael Blank, Vice President of Production of Origin at EA had this to say about the announcement: “The heart of any valuable gaming service is delivering all the great content that players want, and the addition of Ubisoft’s top PC titles on Origin, as well as EA’s titles to Uplay, is a big win for all of our players. Today, Origin is reaching more players than ever before, and these exciting additions from Ubisoft show how committed we are to continually expanding the roster of hit games available and ready for download on Origin.”

Ubisoft has put some of their most popular titles on Origin, such as Assassin’s Creed 3, Far Cry 3, and Splinter Cell: Conviction. EA has matched Ubisoft by releasing some big hits of their own on Uplay including Dead Space 3, FIFA Soccer ’13, Need for Speed Most Wanted, Mass Effect 3, and The Sims 3.

“Making our biggest franchises like Assassin’s Creed and Far Cry available on Origin is a great way of exposing even more PC gamers to these great titles and giving them another choice in where and how they buy their games,” said Chris Early, Vice President of Digital Publishing at Ubisoft. “Also, by adding excellent titles from EA to the Uplay shop, we’re taking another important step in making Uplay the most rewarding set of services available to our customers.”

Seeing EA and Ubisoft take third party titles onto their digital distribution services is a pretty bold move. Does this tactic mean big things for the two companies? Will this make Valve and their juggernaut Steam service start to sweat a bit? Let’s wait and see!