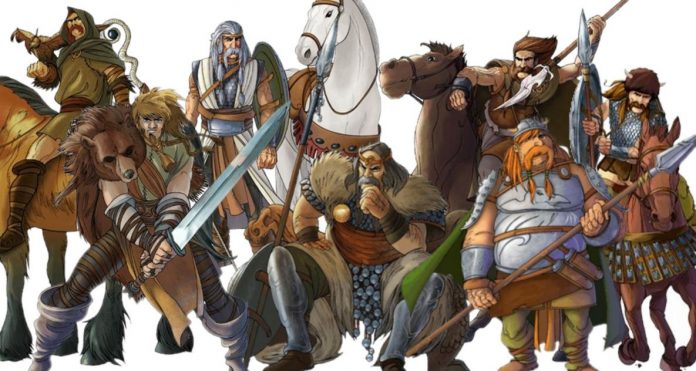 Ever dreamt of having an army at your disposal that numbers in thousands? Hundreds of thousands even? Maybe you’re still unsure, hopefully this review will give you a clearer picture and who knows, it might even unleash the conqueror side in you!

What Is Travian and Why Should I Play?

So the first thing to go along is, what is Travian? At first glance it actually seems like one of those games that involves you being a traveler and exploring new lands whatsoever. If you had the same guess then am I glad to prove you wrong. It’s way more awesome than that. Travian is a MMOPB-BSG also known as Massively Multiplayer Online Persistent Browser-Based Strategy Game. Shortened up, its just another MMO that progresses even when you’re offline. The game was developed by a German company named Travian Games and it was released way back in 2006. Well that must mean this game is really old and probably too old for any joy at all right? Wrong. During the time between then and now, Travian has grown and developed large enough to own 300 servers worldwide as well as amass a large player base of over 5 million players!

Game play wise, players are set back into the medieval ages whereby their highest level of siege technology were Catapults and Trebuchets. They are given the choice to select a tribe of their liking and from there on out progress as that tribe. While this may deter sci-fi lovers that just enjoy bright lasers and nuclear bombs exploding large portions of the earth, some may prefer the old classic swords and spears. Who doesn’t love sharp pointy things right? Players begin off with a small settlement that produces a tiny amount of resources hourly. That small settlement will eventually be developed into a stabilized village and players will then be able to expand and find new settlements or even conquer them from others. It’s just like Tribal Wars or Evony just at a much slower pace. Players will then be able to construct buildings from a wide array of selections. These selections could ultimately decide their progress and rank in the game. Oh yes, there’s a ranking system, got a competitive side in you even when it comes to war? Step up and claim your place. Who knows, you might even be number 1.

It’s still not convincing enough, what about diversity?

Unlike Tribal Wars or Evony whereby players all have access to the exact same troops, here’s where Travian gets it’s plus points. There are 4 tribes in total, there 3 playable tribes named Romans, Gauls and Teutons. Whereas the final tribe is known as the Natars who are solely controlled by NPC’s. Of the three playable tribes, they each have their own unique set of troops and advantages as well as disadvantages. 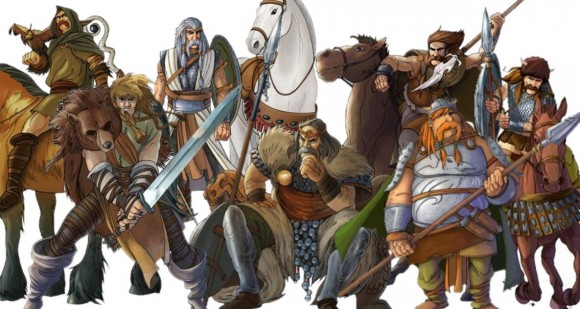 Lets get a little into the tribes so you’ll know which tribe to pick immediately as you start off. The Romans at this time were at their peak and had the most discipline amongst the two other tribes. As such they are given the ability to develop their city simultaneously and at a quicker pace. That would be their advantage yes? However, the Roman troops had always been seen heavily armored and wielding sharp swords. These armors and swords probably cost a ton of resources back then and Travian took it here too! As such, Romans have really expensive troops as well as the longest training times. This is made up for with their superior statistics in the game. They are also the most balanced tribe in the game in terms of attack and defense. If you love a hard hitting army that can still pack a strong defense along with the patience to amass them, Romans are the tribe for you!

Well I don’t like being balanced, I just love defending against large waves of attacks or helping my allies in need. No issue there either! The Gauls will be an excellent race for you. The Gaul tribe is geared so strongly towards defense that they even got a building known as a Trapper which traps troops from opposing villages. As if it wasn’t a hint enough that you’re the type of tribe to lay in wait. There are however alternative routes and it is possible for Gauls to play offensively too. Especially troops wise, Gauls have the fastest cavalry in the game. Reigning above others in speed and defense, they play the role of great defenders. They are also easy to pick up and one of the better choices for beginners.

I don’t like that either, i’m the type to go big or go home. Well now you’re a dangerous one aren’t you. Welcome to the world of the Teutons. A tribe feared by many throughout all stages in the game. Their troops are geared fully towards offense and only a few of their troops supply a moderate defense. With moderately higher speed than Roman Troops, the Teutons probably threw away all their armor in exchange for mobility and huge weapons. They are also cheap and fast to produce. The attacking force of a Teuton army is absolutely devastating. This however goes along with experience as the Teutons are one of the hardest tribes to master.

I have decided on my tribe but I don’t think it’s possible to conquer the world (server) alone, where do I seek help? That’s covered too! Well actually most people would want to rule the world alone, however in Travian its just not possible. Just imagine, you’re this huge empire who has the army of gods, everyone are like ants to you. Crushing one, no even ten will be cake. Yet what about thousands of ant rulers who have under them thousands of army ants? Attacking from all directions, you’ll have the nightmare of your life.

As such the Alliance feature is available for players to group up and look out of each other. Don’t get your hopes up on joining the top alliances though, these alliances are usually a bunch of highly experienced players that plan to dominate the server and planned out their game before the server even began. That goes to say, it’s not all that player friendly when it comes to new players. While it sounds demoralizing, it’s basically the cold hard truth that everyone starts from scratch and you’ll only find the road to success on your own. As a new player it is advised to just join a bunch of other players who have yet to get a good grasp on the game. By luck you could even join an Alliance who already has a grasp on the game and are willing to teach new players.

Enjoying The Scenery (Not)

The one aspect of Travian that appeals greatly or give the total opposite effect is their lack of graphics and animation. Being a browser based game, the graphical possibilities are quite limited. However, the lack of high graphics and animations made the game simple. Travian in a way is  a click intensive text based game which involves large numbers to display your awesome armies and resources, that’s probably the main focus of the game. It’s not that the buildings or maps are badly drawn, more like the animations just aren’t necessary. If you’ve played other games similar to Travian such as Tribal Wars or Evony, you’ll know that those epic battle reports and massive numbers are all it takes to be appealing.

Just to prove that the art isn’t all that bad, here’s a picture of a village. 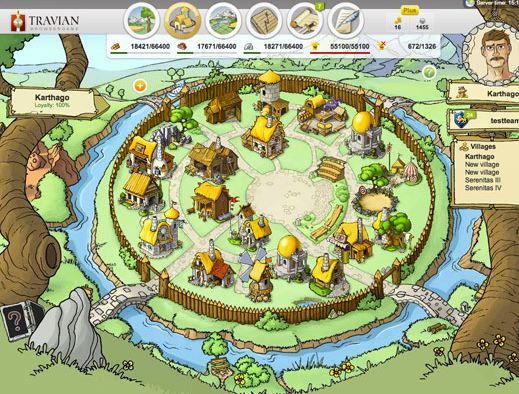 Bright, plain and clean. It’s not shabby at all and depicts the building’s purpose clearly. A granary has a little wheat flowing out and the warehouse has its classic wooden shed look. It’s in this simplicity that makes the game beautiful in some way.

Wait! What About The Large Armies You Talked About?

I mentioned in the beginning of armies that are in the thousands and it wasn’t a joke. Take a look at one of the biggest attacks ever made in Travian for one. 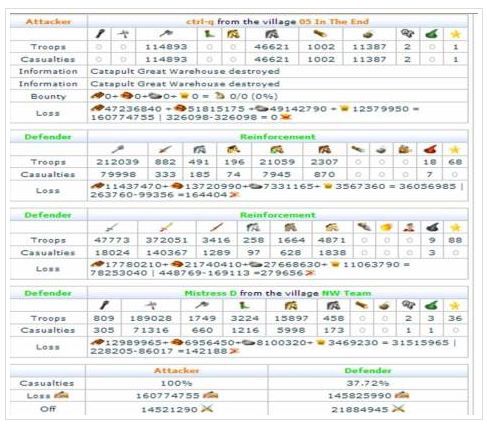 Also remember the feature of alliances? They sure can pack quite an immense defense that is a huge force to reckon with when everyone gives in their share of their army. 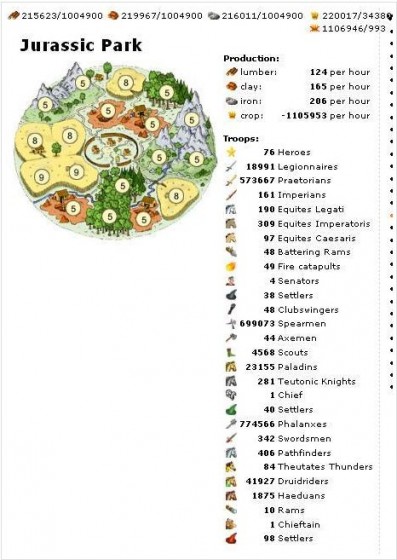 If that doesn’t convince you enough to want to play Travian I don’t know what will. It’s all right there ahead of you. An empire for you to grow, expand and an undying community that is in the millions. What are you waiting for? Get right into the fray and battle it out old school in the medieval world!

In my opinion this game deserves a good 4 out of 5 stars. It fulfills almost every aspect for a war game and adds realism to a reasonable status. Troops each have their own unique travelling speed and wars are waged in numbers that did exist in the medieval ages. With simplicity to help players easily understand the game as well as victory conditions that ensures team work, it is without a doubt that Travian planned out their game well and as such probably led to the strong player base they have now.

Cons – Might deter in terms of graphics and animation, dangerously addictive or the total opposite effect, time consuming