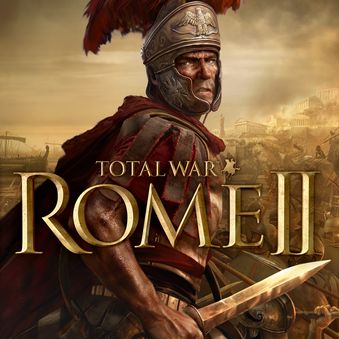 Total War: Rome 2, the upcoming strategy title from The Creative Assembly, will launch on Tuesday 3rd September. The game will receive a simultaneous world-wide launch. The game will be available on PC in both physical boxed copies as well as through digital distribution stores. If you pre-order the game, publisher Sega has announced that you will receive the Greek States Culture Pack for free. The DLC adds three playable factions to the game ( Epirus, Athens and Sparta).

Along with the release date a fairly awesome Collector’s Edition was announced. The Collector’s Edition comes in a very fancy “leather-effect” box, but that isn’t the only reason to buy it. Included in the fancy box is a board game called Tabula, which is apparently a precursor to Backgammon, a Total War card game, including 58 playing cards, and a campaign map printed onto some canvas. Oh and it includes a copy of the game as well.

However perhaps  the coolest part of the collector’s edition in the fully functional Onager Roman catapult. The small scale model measures 26cm x 12cm x 12cm and is made from “weathered wood and steel”. Once constructed the catapult is “capable of unleashing small projectiles at a variety of inanimate objects which may have affronted the glory of your empire.”

Here are the cool contents of the Collector’s Edition 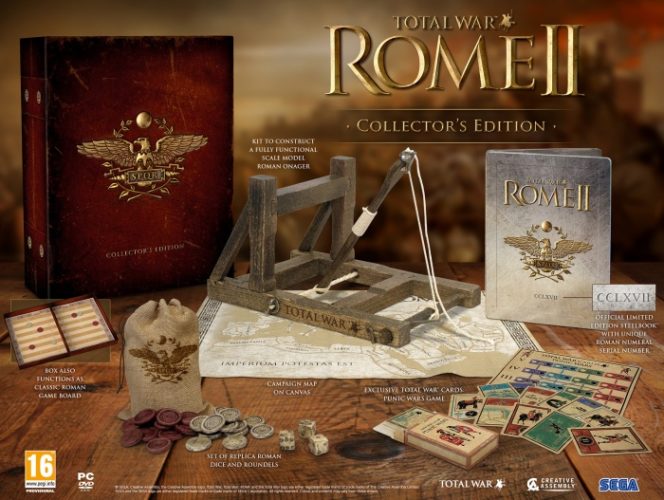 Sega is only producing 22,000 Collectors Editions, so if you want one and can afford the lofty £110 price tag then I suggest you get pre-ordering now. The Collector’s Edition is currently available for pre-order in the UK at GAME.