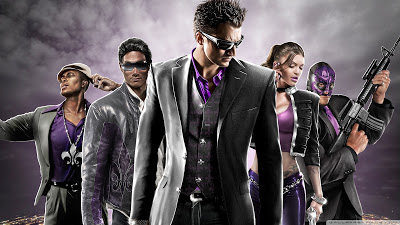 The list for the top ten best selling games for August were revealed.

**(includes CE, GOTY editions, bundles, etc. but not those bundled with hardware)

Both Madden NFL 25 and Saints Row IV top the charts. It was also revealed by the NPD Group that total games sales, which includes hardware, software, and accessories, were $521 million. This is a mere 1 percent increase compared to last year. Software sales brought in $305 million, a 21 percent increase. Hardware sales were brought down to $90.8 million, down 40 percent from last year.

The 3DS tops its hardware charts while the Xbox 360 came out on top yet again for the 32nd consecutive month. Remember this is just for the U.S.

NPD analyst Liam Callahan offered some interesting details regarding this chart: Sales grew a modest 1% over August 2012 as growth in software and accessories offset soft hardware sales as we near the launch of the Xbox One and PS4. Excluding January 2013, which was up due to an extra reporting week versus January 2012, the last time overall retail video game sales (hardware, software, and accessories) were up year over year was October 2011.”

Laim goes on: “…video game retail software sales had their first positive month, up 23 percent, since November 2011. This was driven by the shift of Madden into the August data month and other launches such as Saints Row IV, Disney Infinity and Tom Clancy’s Splinter Cell: Black list. In fact, eight of the top ten games this month were launched in August.” He also noted that “collectively, August 2013 launches made up an astounding 58 percent of overall dollar sales for the month and 41 percent of units sales.”

The lack of hardware sales shouldn’t come as a surprised what with the impending arrival of next-gen systems. Software still seems to be doing well.