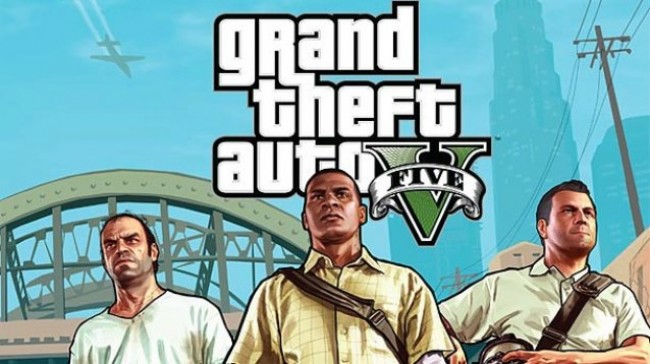 GTA IV was always incredibly impressive. Its storytelling, animation, art direction, driving and atmosphere were all incredible, but the star of the show was always the city. Like no other video game world that had come before it, Liberty City felt alive, aware and ready to react the moment Niko started mowing police down with an assault rifle. The mood, sense of place and immersion were second to none as New York was faithfully recreated with magnificent attention to detail. Take a walk through Hove Beach or grab a taxi from Playboy’s apartment over to the Homebrew Cafe and you can’t help but feel like a part of something much bigger than yourself.

The city was the star of GTA IV, so Rockstar decided to revisit it – not once, but twice, with two 10+ hour long “Episodes from Liberty City”. The Lost and the Damned and The Ballad of Gay Tony were both huge story-centric expansions with two entirely new leading characters, both leading entirely different lives within the same city. Johnny Klebitz was concerned with motorcycles, gangs and brotherhood whereas Luis Lopez had to deal with an aging queen with a drug addiction, a collapsing nightclub business and a crazy stalker ex-fling. Their stories intertwined in places with Nikos and complimented his story.

These three lives all played out simultaneously all over the city. They knew some of the same people and all had business in many different parts of the city, meaning that playing as any of them can give you a new perspective on a person or a place within Liberty City. A visit to the skyscrapers of Algonquin means government manipulation for Niko, work from a corrupt politician to Johnny and a ride in a stolen military helicopter with an insane Arab property developer for Luis. Brucie is seen by Niko as a steroid-abusing imbecile, but Luis sees the bullying Brucie endures at the hands of his older brother Mori, giving a whole new, insecure slant to the character. Using multiple protagonists allowed Rockstar to exhibit Liberty City from a huge number of different perspectives and allowed us to meet a huge range of characters – far more than could sensibly be crammed into the story of just one individual.

Exploring such a finely crafted world in this way allows players to engage in the life of the city more fully than would be possible if playing from just one perspective. Bike races involving baseball bats wouldn’t make any sense in Niko’s story and managing a nightclub isn’t the kind of thing you would find Johnny doing. Books, TV and movies very often have multiple characters for you to follow. Unless dealing with a very personal story that relies heavily on one individual’s viewpoint, having just one set of eyes to see the world through can be a huge waste. How much less interesting would Game of Thrones be if it was all told from Robb’s perspective? How much less involving and emotional would Walt and Jesse’s relationship in Breaking Bad be if you only saw Walt’s side of the story?

Enter GTA V. Michael, Franklin and Trevor. Michael has a whole lot of shady past, a dysfunctional family, a house in the hills and seemingly everything a man could want, but is still fundamentally and existentially unhappy. Franklin is trying to escape from the hood while staying true to his roots and not isolating his old friends. Trevor is a psychopath who lives in a trailer in the middle of nowhere and is heavily involved in drugs (on a personal and professional level). All of these characters have their own pasts, their own priorities, friends, responsibilities and reasons for trying to make the money that they are all willing to kill for. Can it honestly be argued that it would be better if two of these characters were relegated to the sidelines, only offering the occasional mission or phone call? I find that impossible to believe. Rockstar know that they are second to none at crafting hilarious, heartfelt, nuanced and fascinating characters and are fully aware that these three personalities are going to act as lenses for us to look through when making sense of Los Santos and the surrounding countryside. They know that they’ve made three great characters, and they know that we’re going to have a blast getting to know them.