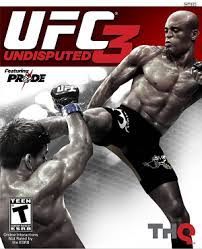 THQ has sued EA and UFC brand owner Zuffa, claiming that the deal for EA’s acquisition of the UFC license was through fraudulent negotiations, according to court documents.

EA, which has plans to release EA Sports UFC in 2014, gained the UFC license back in June 2012, six months before THQ filed for bankruptcy. THQ had previously published three well received games in the UFC franchise. The claim made by THQ is that Zuffa paid them $10 million for breaking their contract, but THQ believes that they should have received $20 million for the license.

What is perhaps the most interesting piece though is that THQ believes this drop was down to EA using documents they acquired from private negotiations when EA were in talks to buy the whole of THQ, and used them to undermine the relationship THQ had with Zuffa.

Article 17 of the documents say: “Throughout 2011, THQ’s financial fortunes continued to decline.” It continues: “It dedicated significant, dwindling capital to expanding the platforms for its ‘uDraw’ gaming tablet, which was a failure by holiday 2011 sales.” This article goes on to say that THQ had predicted that it would “run out of capital within several months and thereafter be unable to support its major pipeline projects, including the next games in the UFC Franchise.”

THQ claims that, due to the interest EA had in the UFC Franchise, they felt EA were a logical choice in the possible sale of the company when they were considering ‘strategic alternatives’.

Article 19 of the document detailed the going on of the meeting between the two companies. It states: “In early December 2011, EA and THQ discussed a potential sale of THQ as a whole to EA. THQ provided EA internal financial information, including detailed sales and revenue figures for the UFC franchise, and projected marketing expenditures on the next UFC franchise game.

“After a December 12, high level meeting, several discussions, and a review of management projections, EA broke off negotiations, professing disinterest.”

Two weeks after this meeting, THQ apparently received a letter from Zuffa which, after criticizing THQ’s marketing expenditure of the UFC Franchise, threatened to terminate the license due to THQ’s insolvency. THQ claim “On information and belief, EA communicated THQ’s internal financial information and projections to Zuffa.”

The documents provide fascinating reading, and I would like to thank Eurogamer for bringing these to my attention.