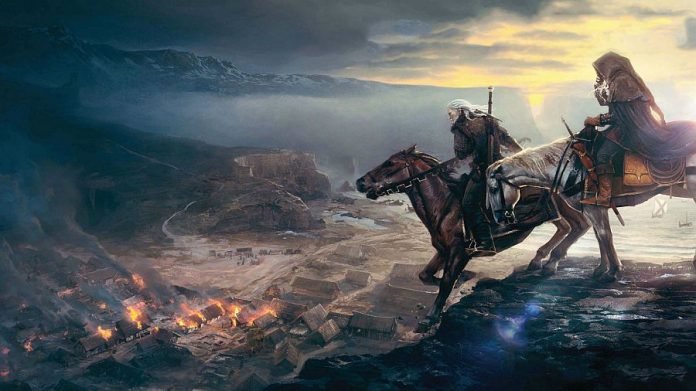 Nobody is really surprised to hear that CD Projekt RED are working on a Witcher 3 game, but actually getting confirmation and hearing that the game will be truly next gen… well, that is something to cheer! And it happened with the latest issue of Game Informer who covered the upcoming release of The Witcher 3, and there are already a ton of bits of info available, as well as a brand new trailer.

Here are the details that the nice folks over at NeoGaf have managed to uncover about the upcoming Withcer 3:

– World supposedly 20% bigger than Skyrim’s, says development team. [Tentative, obviously]
– 30-40 minutes to cross world on Horseback
– New streaming technology (CDRED Engine 3)
– Geralt’s Memory is restored
– No chapters/acts
– Dude is DONE fighting for everyone else
– Everything from solving MYSTERIES to slaying monsters
– Coming out on “all top-of-the-line” consoles (next gen, then?)

So more about the monster hunting:

– Clues build up information (like a Bestiary perhaps?)
– Books garner information about monsters
– Townsfolk provide information
– Potions and such are important
– Time of day and other conditions affect where monsters appear, and their abilities

– Critical strikes in areas that matter depending on how much you learn about said monster
– You can disable a vampires poisoning attack by hitting its venom gland (Vampires are poisonous?) or skewer BOTH ITS HEARTS with a thrust attack (instant kill)
– Monsters drop loot like unobtainable alchemical and crafting ingredients for unique potion, mutagen and item crafting.
– Provides income as well

– Other trees, Swordsmanship and Alchemy
– New strikes under Swordsmanship, boosts like improved stamina and parrying
– Mutation mechanic under a different development path
– Not much information given about Alchemy path, other than it being based on potions

– Horse could be used to access long term stash, as well as Inns
– Team aware of frustrations of inventory management in The Witcher
– Committed to a less tedious process

– Crafting critical to maximize Geralts potential, but weapons and armor can be found in many ways
– Players can customize their crafted weapons with some components, ie, monster scales for leather in armor

There’s a lot of exciting info available, as you can see for yourself, even though there’s still some time left until we’ll actually know more about The Witcher 3. There’s even a reveal trailer released by the folks at Game Informer and you can check it out below:

So probably not the announcement of The Witcher 3 is the biggest selling point here, but the fact that it kind of confirms that the game will be next-gen!