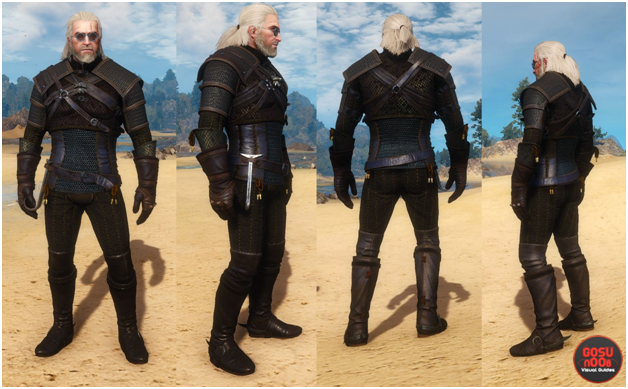 The Witcher series of games are truly breathtaking. The vast openness of its landscape, depth of characters and storylines, complex combat mechanisms all make it one of the best gaming experiences you can have!

The game has several dynamic elements such as a complete weather cycle and a complete day night cycle. The landscape is extremely detailed, down to the intricately shaped foliage you find as you wander around  the vast expanse of the land.

The most impressive part however is the combat mechanics. The game allows you to play freely and find your style of combat. You can go fullon aggressive mode and hack your way past monsters or lie low and cast a well set plan to trap your opponent.

In this post we take a look at the various armors in the game and showcase the best ones that you can use in your playthrough. But before we head into the armors, let’s take a look at different combat styles that are possible in Witcher 3.

This is because  there isn’t a one size fits all solution here. Each combat style in witcher 3 is complimented by a different class of armour.

All these three mechanics can be used in unison to defeat your enemies. Sword fighting is mostly used as your primary attack strategy with sign casting and alchemy acting as secondary aids.

Alchemy involves the usage of substances found across the landscape to craft things like potions,oils, traps,and bombs.

Potions give your character a temporary boost in certain abilities and application of oils on the sword to give an advantage against certain enemies.

In the game you can carry two swords but can wield only one at a time. This is because the other hand can be used to cast signs. Signs in Witcher 3 are basically magic that Witchers can perform.

These signs are used in battle as tools for combat. They are useful because they are very specific in their function and sometimes get stuff done when nothing else can.

Different armours provide different stats which help with the playstyles.You could go for a full on sign-intensive  build or alchemy focused build (both are necessary but only one is focused). You can choose to just go for raw armour and tank every hit and kill enemies that way too.

But strategically planning your encounter with a monster is much more enjoyable and interesting. Employing mechanics like dodging, blocking and generally not getting hit is a great way to play in our opinion.

Keeping this in mind let’s take a look at some of the best Witcher 3 armors that compliment your playstyle.

Within the Witcher universe there are many schools that offer up different armor styles. We will be taking a look at some of them below. 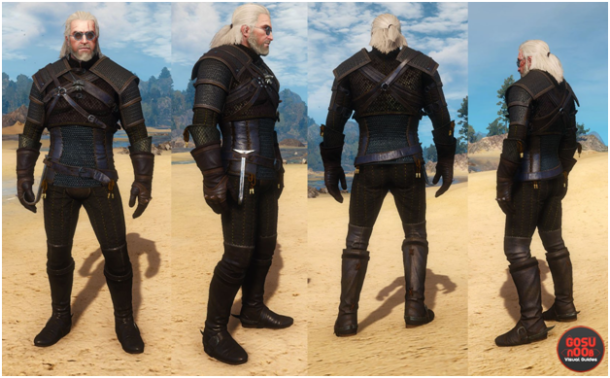 This set of armor looks similar to the armor that you start out with, but has increased stats making it a better choice. The default armor is actually very pleasing to the eye, but not powerful enough to resist enemy blows as the game progresses.

The wolf school armor is one of the armors that gives a rugged look. It is constructed with layer jackets that are studded with metal studs and rivets. 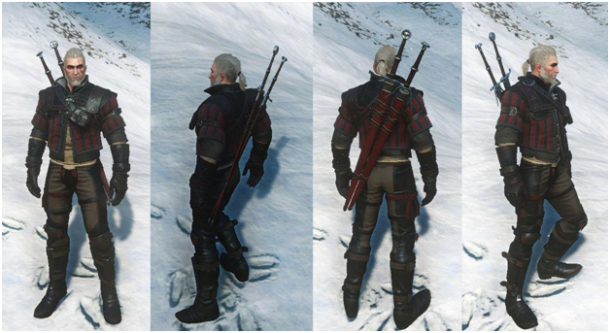 The Master and Grandmaster level of this armor ups the look with the addition of a metal gorget and shoulder guard.

The Ursine school armor uses a heavy metallic design. The majority of the armor is made of metal plates and chain mail. This is the kind of armor you have when you are going for more of a tank strategy. 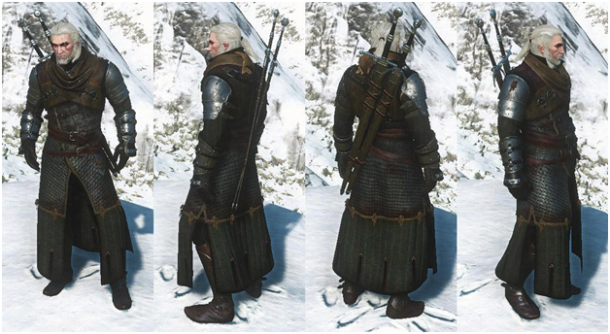 It does not provide the best mobility, but against opponents that deliver large blows, this is the one to opt for.

If you thought the Ursine School Armor was uncomfortable, the Gryphon School Armor takes it a step further. It incorporates even more reinforcements making it very ideal for battles.

It is made of a metallic chain mail and leather coverings making it extremely bulky. This is not something you would want to trot around. 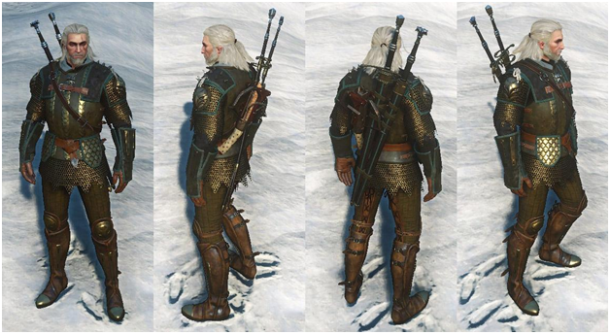 The Withcher 3 games also has many other armor sets that can be used throughout the game. If you are looking to experiment with these armors here are a few of the best ones listed below.

The Toussaint Ducal Guard’s Armor is one of the most sleek looking armors in the game. Its base is formed from a leather jacket that is lined with steel pauldrons. It will make hacking and killing your enemies even more stylish.

This suit of armor is lighter than the others so exploring the landscape will be a breeze.

This is one of the best armor specs wise. It provides a great boost to vitality and offers some of the highest damage values in the game. What is an added advantage,is the fact that it is a very sleek and stylish looking armor

So the next time you see a monster you can be rest assured you are going to take it down in style.

The Ofieri Armor Set is one of the grandest armor in the game. It has a sleek design with silky robes that are intricately detailed with cloth hardpoints and embroidery. This is surely one of the finest suits of armor you can devour your enemies in.

So those were some of the best Witchers 3 Armors, it is my no means an all inclusive list. The game offers a lot of variety and we have tried to highlight that with our selection of Armors here.

Again each armor has certain pros and cons that can be seen when looking at the stats table, it is up to you to choose an armor that compliments your playstyle. This will in general enhance the game experience and make it the game more enjoyable.