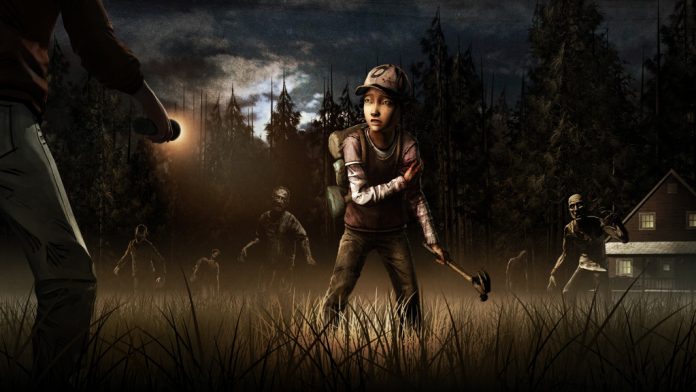 Telltale Games’ The Walking Dead Season two was launched earlier this month and it’s a continuation of Season one. The new story focuses on Clementine, an orphan child struggling for survival, and it introduces a new reality set several months after the events of No Time Left. With Lee and Christa gone, Clementine finds herself alone and defenseless but she is not about to give up on life. To endure an apocalyptic world filled with death, Clem has no other choice but to leave her youngster innocence behind, as killing, stealing and running becomes part of her survival routine.

1. Aesthetics: A Distinguishing Visual for a Remarkable Series

The Walking Dead game is known for its distinctive comic art visual and as expected, season two features an improved version of this graphical style. However, the overall graphics have been improved. Everything is more detailed and displayed with higher quality. I think there’s also more ambience dynamism compared to the first season. Currently, there’s only one episode available and as so, there’s only a few locations to explore. Nonetheless, all the scenarios are quite realistic, thrilling and diverse.

Something that has been bothering me about this game is the fact that you don’t really get to play it. The story is fine, the immersion level is quite high and the interaction between characters is surprisingly well done but what about gameplay mechanisms? Players’ role in Telltale’s The Walking Dead is basically to make a few decisions, move around from time to time, collect some items, kill a few zombies and that’s it. This is probably a happy scenario for casual players but can this franchise be called a game? I think it would make much more sense to label it as an interactive movie. Most of the game is made up of cinematic acts, where players have no other option but to sit back and watch. It’s as if you were shaping a movie instead of experiencing a game. The actual gameplay options are turning points, meaning that they can change the narrative itself. I enjoyed the genre but honestly, this is not really a game, there’s no challenges, no activities, no tactics, no real goals, everything’s about watching an already existing story and introducing personal changes through certain decisions.

I’m not a big fan of zombie apocalyptic stories, mostly because they’re usually unrealistic, imprudent and predictable. Season two starts with tragedy, something more than common in the series but the drama meter completely blows off when Clementine is rescued by two guys when she’s about to get devoured by walkers. This plot device is called Deus ex Machina and it happens all the time in movies, they’re thoughtless and forced events that simply happen because there’s no other way around. In this case, the main character would die, so the writer has to get a desperate way, even if completely senseless, to save the character and keep the story running. The breach in the cellar was also very convenient for Clem to escape but things get even worse, a few minutes later players find yet another breach in the main cabin… It’s like everything is broken just so you can get in/out easily. The first episode is filled with such imposed moments and I really hope this tendency won’t be ruling the next episodes. Not just because the story loses a certain degree of interest but because it becomes too predictable and tiresome.

4. Innovation: Yet to Be Seen

So far, there’s absolutely nothing new in the game besides the graphical enhancement. Worse than zero improvements is the existence of a clear regression. Season one’s first episode had way more content than this season’s. The overall playable system remains the same, which means season two hasn’t introduced anything astonishing yet. Let’s hope the upcoming episodes will give a chance for innovation to prosper.

Clementine is now the main character and surviving has never been so tough (or not). Episode one has shown us that the divine has exceptional powers and it can make anything possible, including saving a defenseless child countless times against all odds. This review is obviously a first impression of The Walking Dead Season two, however it seems to me that Telltale is rushing the gold mine and making “whatever” it takes to keep the game series running. As I said before, I hope the next episodes will introduce something enthusiastic and unexpected; else it will become more than evident that content quality is not one of the main concerns.