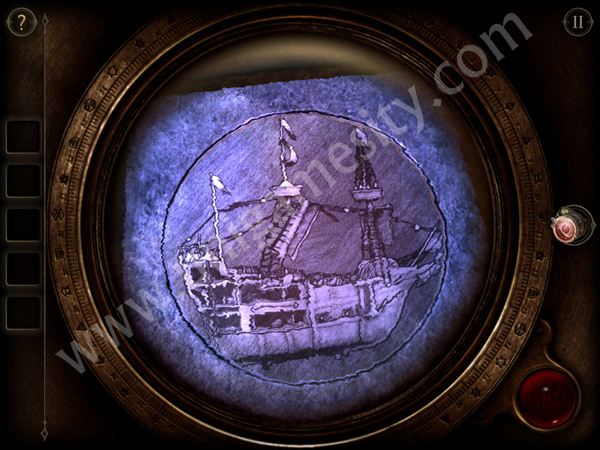 We’re back with The Room 2 walkthrough here at Unigamesity and we’re going to complete Chapter 2 here, after a nice start in the ship. In case you haven’t read it already, make sure to check out the Part 1 solution of the second chapter in order to get to where we are now.

In case you already did all the steps and you are already faced with the huge wheel, let’s check out below The Room 2 walkthrough for Chapter 2 with step by step instructions and screenshots!

Now zoom in on the scale on the table and put the weight on it, where it fits: 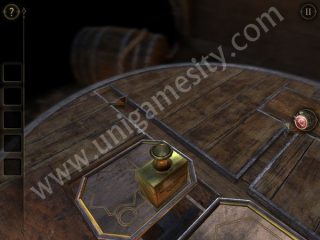 The box will open. Swipe the top of the box left and right to open it and take the small disc from the right side of the box. Now place it on the base of the box and turn it until it faces the peg: 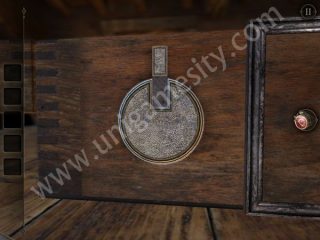 Drag the peg down into the spot and a new weight will be revealed. Take it, as well as the new disc that was on the lid. Now place the weight on the right scale and a new square will open at the base of the box. Now fill all the gaps on the disc with the pegs, one by one. 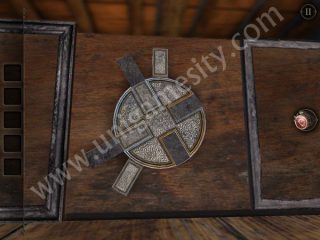 A new weight will appear – take it. Tap on it in the inventory and notice there are some signs on the top. Spin the top until the triangles are touching: 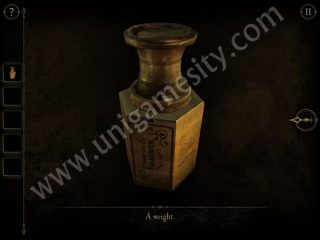 The weight will get a triangular shape – place it on the right spot on the scale. A new square opens at the base of the table. Now zoom in to the place where you got your last weight and you will notice some strange symbols. Let’s arrange them correctly: 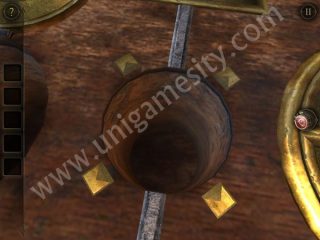 Zoom in to the left side of the box (on the lid where you got your first disc) and you will see a tray there. It’s now open and you can take the third disc: 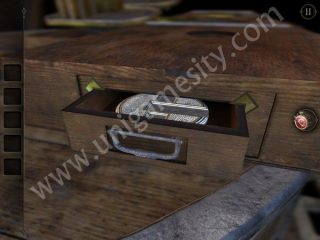 Place it in the right spot and fill it in with the pegs. Make sure that the bottom peg goes first into the long spot, then the top peg on top of it: 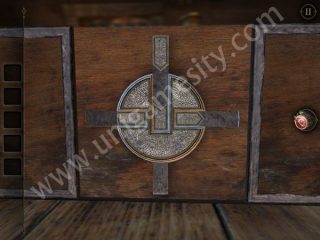 A new weight is revealed. Take it. Also, notice that there are two triangles there – rotate the display where the weight was so that the triangle touches the triangle on the top: 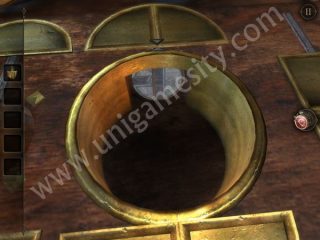 Take the fourth disc too. Now tap the new weight to zoom in and drag all the way up all the parts with arrows to create the shape that you need. Place the newly created weight on the right spot on the scale.

Now place the final disc into the right spot and prepare for a tricky puzzle. The shapes don’t seem to fit! Here is how to do it: 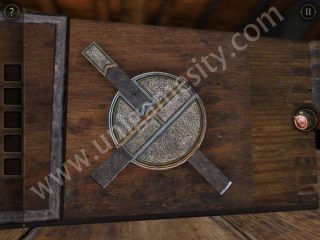 Get the new weight. Tap on it to zoom and spin the top of the weight so that the triangle symbols are touching. You will also get a new, small weight. Place the two weights in the remaining areas on the scale. A new area will be revealed: pick up the anchor and metal clock spring.

Move back to the small ship and place the anchor on the spot towards the front: 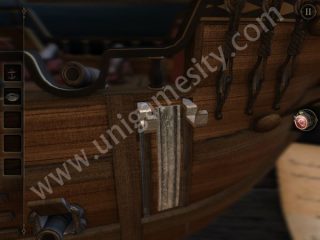 A new area will be revealed, and you will be able to pick a metal star. Do so. Now go back to the round table and zoom in on the new box. At its back there is a spot where the star fits perfectly. Place it there and spin it until the lid opens.

Now zoom in to the corner of the box, to the right of the star. The metal hinges on the corner can be dragged down. Do so, and also drag down the hinge on the other corner. Take the screwdriver.

Also notice that on the top of the box, there is a switch. Drag it and it will open a container with a winding key. Take it too.

Place the clock spring inside (make sure that you have properly opened the lid!). Use the key on the key hole and spin it until the mechanism closes and starts working.

Zoom in to the side of the box and use your eyepiece. Move the slider on top and a number will be revealed: 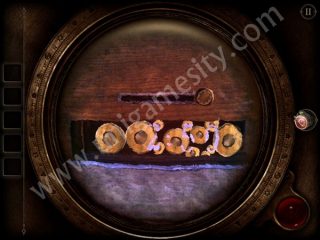 Now go back to the clock and spin the hands until the clock shows 2:50. With two fingers, tap the two buttons that appear. They will stop the metal bars from spinning. Make sure you tap them when the empty part is up, so you can get the key: 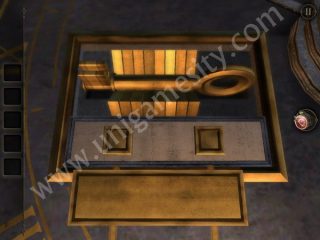 With your new key, go to the top of the clock box and place it there. Spin it and a new area will appear. Zoom in to the disc and put on the eyepiece. Rotate the circles inside to create the image of a ship: 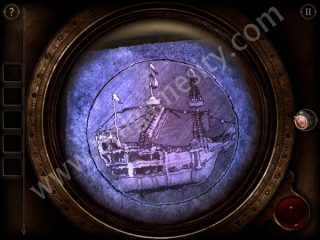 Pick up the metal casting from the top lid of the box and zoom out. Place the metal casting on top of the figure that appeared and a sphere will be revealed. Move it to the left and a diamond will appear – tap it for a new puzzle: 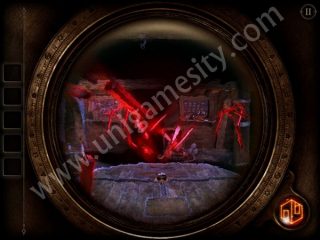 Simply rotate the image to the right until you create the symbol and the door opens. You’ll move on the the third chapter of the game! Stay tuned with us as we’ll continue the walkthrough here!