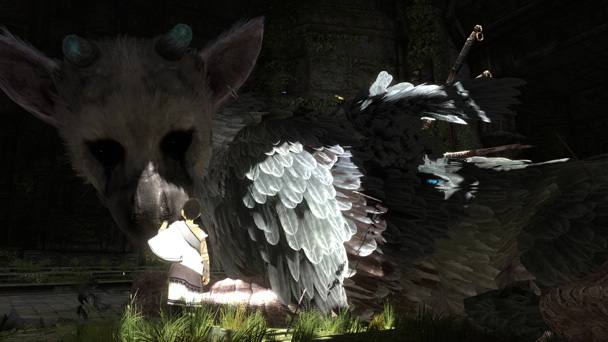 Pardon my giddiness, but I’ve been patiently waiting for this game ever since I beat Shadow of the Colossus. Officially announced at E3 2009, Team Ico’s The Last Guardian has been one of those games that has garnered a huge fanbase long before the game’s actual release. After years of hiccups in the form of push-backs, trademark drops, and the departure of key members of the development team, many have assumed that the much anticipated title was slowly entering the realm of vaporware.

Sony has insisted many times that The Last Guardian has not been canceled, but is merely being kept under wraps until it is near completion. Responding to rumors that the silence over the game was due to the title being developed for the PlayStation 4, Sony has held their ground and asserted that Team Ico’s latest project will be released on the PS3.

However, after hearing The Last Guardian’s director, Fumito Ueda, discuss the technical issues of developing what he called “a very ambitious game”, many are speculating that The Last Guardian is secretly being developed as a PS4 launch title due to the new system’s superior hardware. As it turns out, the rumors may not be unfounded.

Just last week GameNacho reported that many next-gen titles have appeared on Swedish online retailer WebHallen—among them, labeled as a PS4 title, was none other than The Last Guardian. While this should by no means be taken as a confirmation, it does add to the credibility of the rumors.

Even more promising is that The Last Guardian has shown up on an official E3 website on a page displaying Sony titles that will make an appearance at the yearly tradeshow—though it is listed as a PS3 title.

I for one am hoping immensely that the rumors are true and that The Last Guardian is, in fact, going to be a PS4 launch title; I guess we’ll know for sure next week when Sony’s E3 press conference goes live.