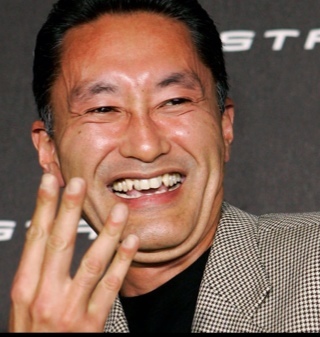 The first part of selling any games console is trying to get one up on your competitor. With Microsoft heavily criticised over its presentation of the Xbox One, notability the fact they showed few actual games and focused on the TV side of the system, Sony CEO Kaz Hirai felt it appropriate for a little brinkmanship.

“The most important thing we need to make sure we do, at least initially, is that we all agree and understand that the PS4 is a great video game console that appeals to video gamers.”: said Hirai. “If we miss that part than I don’t think we get the initial establishment of the console. We take a look at this first and foremost as a game console.” He added.

He went on to talk about what Microsoft should have done with their official announcement of the Xbox One and explain the extra perks of the console, at a later date. Hirai said: “We don’t want to end there. That’s an area we will obviously reveal and talk about in the coming months.”

Microsoft felt they had to defend themselves and have assured fans that games will be the focus of next weeks E3 event in Los Angeles. “I can confirm that we will have TV’s (or similar) on stage to show the games. That should be the extend [sic] of TV talk in your #E3”: said. Larry Hryb, director of programming for Xbox Live. Let the sale war and games begin…