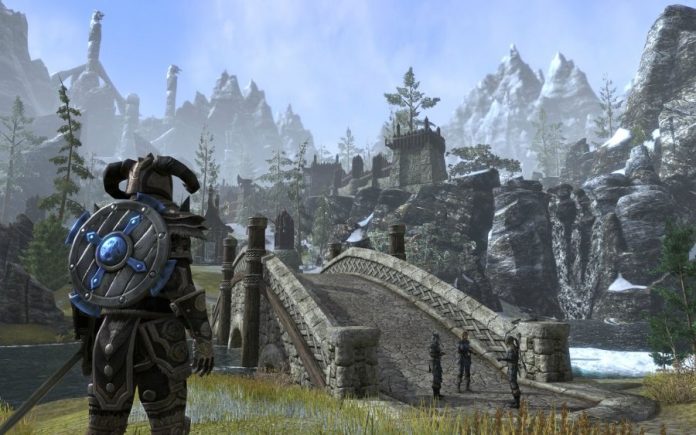 The upcoming MMO The Elder Scrolls Online, developed by Zenimax Online Studios and published by Bethesda Softworks, has currently been stirring up considerable controversy for it’s alleged $15 monthly subscription fee. bringing yearly costs up to $180 annually on top of the base $60 price tag for the game itself.

Now even further attempts to increase income have been detailed, with the advent of microtransactions being added to the model. Geek provides more details on the matter:

What’s different about TESO, though, is that it will include a cash shop on top of that model, giving players the worst of both worlds — a subscription and microtransactions.

Director of The Elder Scrolls Online, Matt Firor, confirmed to AusGamers the inclusion of the cash shop. He stated it won’t include in-game bonus points, but will include fun stuff (we assume that means things like cosmetics, as is standard MMO cash shop practice), as well as services like name changes [….]”

So, just to recap, The Elder Scrolls Online will include:

Admittedly, The Elder Scrolls franchise is one that regularly commands significant amounts time time from players for each game released. The source of these engrossing experiences, however, tends to be from the individual and singular experience.

In an industry that is increasingly turning their products into services, with the advent of online multiplayer, MMO’s, F2P’s, etc. becoming the “go-to” model for game development, The Elder Scrolls franchise (with a notable mention to the Fallout series) have been unique for focusing on the single player experience. This, along with massive modding communities, allow for the ultimate personalized experience, and one of the most engrossing available.

As the article from Geek also details, even WoW, the undisputed king of the MMO genre, is losing subscriptions. More and more titles are becoming Free-2-Play titles, with even Sony actively getting independent developers and similar models, such as Digital Extremes’ F2P title Warframe for example. Regardless of whether or not this pricing is “fair” or “justified” is a moot point, as there are just too many other games, with either fewer or zero financial barriers, that provide adequate experiences and entertainment of their own.

At best, most people will probably either ignore or minimally involve themselves with this title, and Zenimax will be forced to adopt an F2P model to regain a consumer base, or at worst those same people will have moved on to other, newer experiences in lieu of TESO, potentially leaving it to the same fate as games such as Star Wars: The Old Republic.