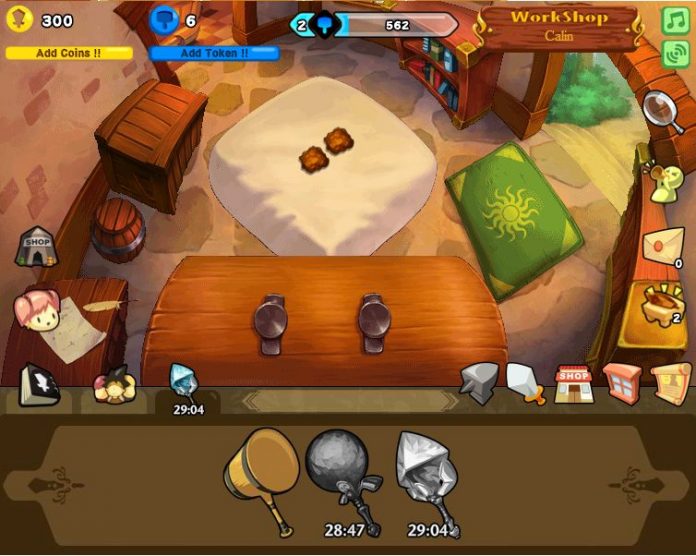 Do you love swords? So much that you would like to spend days with the hammer in hand and the water bucket near and craft swords all day? Then Sword Quest, the newest Facebook game from Doremi Star is the title you’d like to play. I did and crafted a couple of legendary swords myself already!

Before getting into any details about Sword Quest in this review, I must urge you to complete the tutorial first if you want to get some actual gameplay and nut just a couple of minutes of allowed play! And now that I said it and you are ready to experience the world of Sword Quest, let’s see what the game is about!

And here everything is pretty simple: it’s all about making swords! You are the kingdom’s sword smith and this is what you do: craft swords for the soldiers, craft swords for your own pleasure or craft swords to sell them and… get more money to craft more swords!

The entire concept is pretty simple: you get materials from the market, you put them on your crafting table and then you wait. For a basic sword to be ready, you’ll need to wait 2 hours (and whack it every now and then – every 30 minutes that is), which means that if you don’t take my advice and you skip the tutorial, you’ll only play for at most a couple of minutes before running out of things to do. I was actually shocked to see that!

Personally, I consider Sword Quest as it is right now (with the only gameplay being that of slowly crafting swords) a game in early alpha stages: the developers plan to introduce some actual gameplay in a couple of months, with an expansion that will include fighting monsters with the crafted swords, multiplayer features and all the details that make us love RPGs. So right now we only get the boring part of the game. 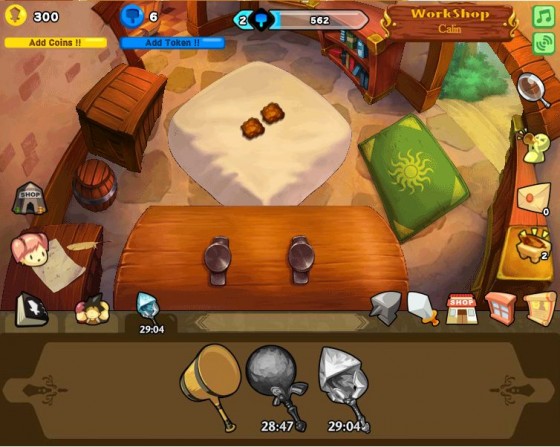 But if you somehow love the idea of crafting swords and waiting up to 10 hours for them to be ready, then Sword Quest is the perfect title for you! There are also a bunch of quests in the game (which require you to craft swords, obviously) and interaction between friends to make the swords better and faster, but except for that, there is really not much of a game here – maybe just a waiting game.

So my advice is to check Sword Quest on Facebook right now, put a couple of swords on the crafting bench and return to the game after a couple of months or whenever actual gameplay is released.