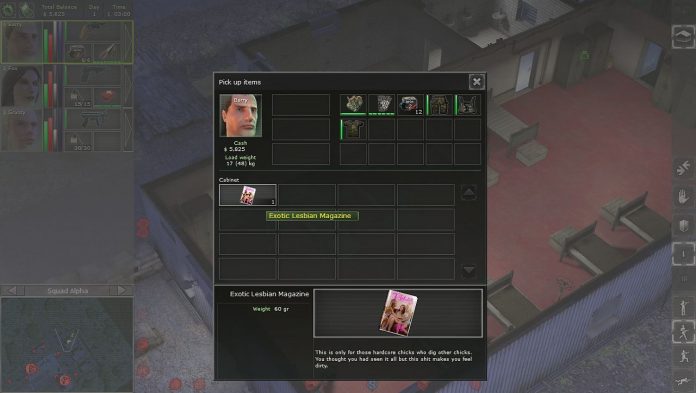 I was and I can still say that I am a huge fan of the original Jagged Alliance series, including Unfinished Business, so you can imagine that Jagged Alliance: Back in Action was one of my most anticipated titles this year and I was hoping that the greatness of the original will still be here when the game is released. Now with the game already on sale and after a weekend of playing it madly, I can share with you my review of Jagged Alliance: Back in Action and hopefully answer your question: is it worth playing?

Jagged Alliance: Back in Action is basically a remake of the second title in the series, it will all be familiar to veteran players who have initially loved the game. For the others, it will probably give a nice story: Deidranna, an evil woman, decided to become the new leader in Arulco and overthrows her husband, starting a reign of terror that nobody loves – but most are too scared to act against. Your job will be that of leading a team of mercenaries to destroy Deidranna’s forces and give back the freedom to the people of Arulco.

And after starting the game, the first big surprise hits you in Jagged Alliance: Back in Action. You won’t be creating your own character or mercenary, which was most of the fun of the game it is based on since it did manage to involve you in a much more personal level. However, all the other mercenaries we’ve got to love (Igor, Barry, Grunty, Fox, Ivan, Gus and so on) are still here and that’s a great thing! 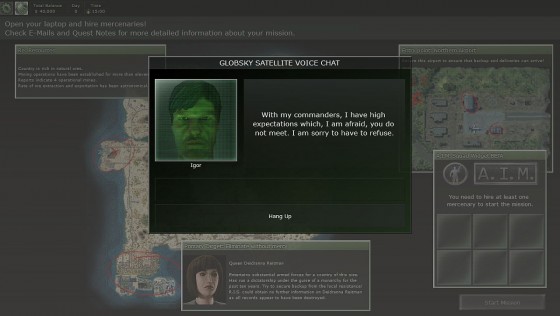 Each mercenary has their own stats and basically there are marksmen, melee combat experts, explosives experts, medics and tech guys. Obviously, the marksmen and medics are very important to start with since most of the game is about shooting the bad guys. But again, there’s such a huge variety of possible mercenaries to choose from and assemble your team that you can put in place your own strategy.

And there will be a lot of strategy involved: unlike the original series, Jagged Alliance: Back in Action no longer is a turn based game, but a real time tactical game (or strategy, or RPG, whatever you want to call it). This is pretty strange to get used with, especially after loving the original games exactly for the turn based mechanics, but in the end you will get used with this and maybe stop finding it that annoying.

There is also a “tactical preparation” phase (that’s not the exact name of it, but I simply can’t remember now) which allows you to pause the action, issue orders to your mercenaries (and a long queue can be made), then watch the action unfold as per your instructions. This is a very useful tool that kind of brings into play the turn based game without limiting the flow of the action too much. Personally, I got used to this mechanic pretty fast and I understood it as a welcomed change and a step forward for the series. Of course, most of the veteran players will criticize it and find it hard to accept. 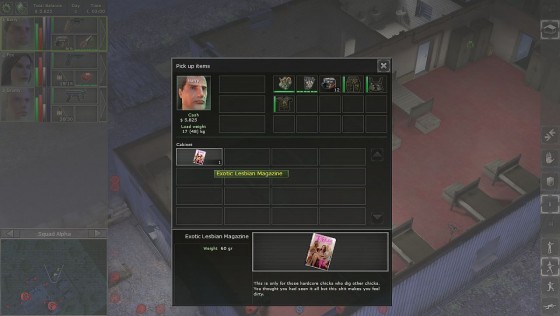 The biggest problem for me was that of getting used with the User Interface and overall controls: somehow, controlling the camera, zooming in and out and choosing the best ways to look at the action are not that natural and might indeed take a while to get used with how things are presented. But in the end you’ll get used with that too – and you have to!

You have to, because Jagged Alliance: Back in Action really is a very solid game that is appealing for both veteran JA gamers and new players and overall an outstanding, surprisingly well done game. Personally, I never expected to have so much fun playing the game and I am extremely pleased with how it turned out to be.

The most important thing is that it manages to bring back that cool atmosphere of the original games, and that’s a very important thing. The visuals are obviously improved and the game looks good even though the graphics are far from state-of-art and the one liners of the mercs are delicious and reminiscent of the good ‘ol times (even though that means cheesy lines and forced accents).

All in all, I would totally recommend Jagged Alliance: Back in Action to all gamers, both experienced with the franchise and new to it as it delivers a unique experience and gives us hope that future games in the series will come with a new story and maybe a few twists to make the game even more exciting. And, by all means, let us create our own in-game character!