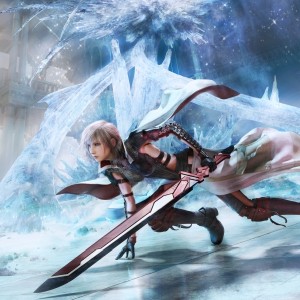 Super Mario 3D World and Lightning Returns: Final Fantasy 13 have had poor initial debut sales in Japan. With sales numbers provided by Media Create (via NeoGAF) Super Mario 3D World has only managed to sell 99,500 units while Lightning Returns fared slightly better with 277,000 units. Pokemon X/Y on the other hand managed to sell a total of 3 million units in Japan since its debut.

This might be a worrying point of attention for both Nintendo and Square Enix. Super Mario 3D World has reviewed exceptionally well, and is the vocal point for Nintendo’s struggling home console, the Wii U. With the system’s one major title failing to eclipse even 100,000 units, one has to wonder about the Wii U’s realistic future. Meanwhile Lightning Returns, the third entry in the FF13 universe, continues the downward commercial trend for the Final Fantasy series. FF13-2 only managed to sell half of FF13’s 1.5 million units, with the third entry on its way to only selling barely half of FF13-2’s sales numbers.

Lightning Returns still has a chance to redeem itself when it debuts in North America on February 11, 2014 and in Europe on February 14.