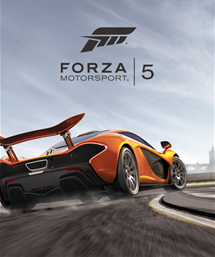 Developer Turn 10 has announced that they’ll be implementing a slew of changes to its next-gen racing car game Forza Motorsport 5 due to fan feedback. The team is still finalizing changes, but they did provide an extensive list.

For those who have purchased the LaFerrari Car Pack or the Forza Motorsport 5 Car Pass will receive the LaFerrari for free directly into players’ garage. There will be no need to save up and buy it, and this will also take up to 24 hours.

The development has also stated that they’ll be “dramatically increasing” the credit payout to all players during the month of December via the Forza rewards; which happens to be Turn 10’s loyalty program that rewards players with credits and cars for simply playing the game.

In regards to players who have purchased the Limited Edition of Forza 5, and have been promised that the 1,250 courtesy tokens that is provided with this edition will be enough to purchase any car in the game (which it isn’t), will have the option to select any one car in the game to add to their personal garages. This offer will be redeemable via a page on ForzaMotorsport.net that will be up on December 16.