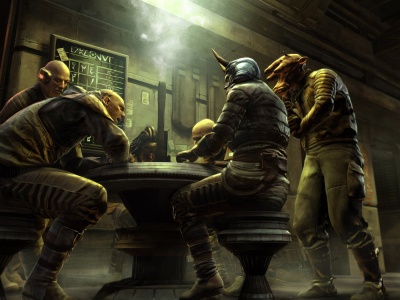 EA Canada is developing an open-world next-gen Star Wars game. A job listing, as discovered by Kotaku says, “EA Canada is looking for an experienced Animation director to help define and deliver on the vision for a major new next gen open world action game.”

There are also two executive producer job listing that might actually indicate a collaboration between EA Canada and Visceral Games. It was revealed earlier this year that Visceral is in fact making a next-gen Star Wars game and this just might be it. Interestingly enough, the canceled Lucas Arts project 1313, featuring Bobba Fett, was also rumored to be an open-world game. The title was also a 3rd-person shooter reminiscing something out of a Dead Space game, which Visceral confidently showed their capability of developing such a game.

Alongside Visceral and EA Canada, Battlefield developer DICE is also making a next-gen version of Battlefront. There’s no exact release date for the highly anticipated Star Wars game, but DICE did hint at a 2015 release date.

EA also announced that they’ll be making Star Wars games for the next decade.