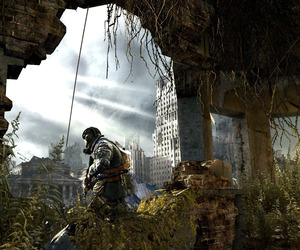 Valve invited Steam users to participate in a number of steps that will make them eligible for prototype testing. Only 300 users will be picked, and they’ll receive the prototype version of the living room PC device alongside the Steam Controller. The decision to include Metro: Last Light for free is to allow Steam users to test out how first-person shooters feel with the Steam Controller. The game will be included for free regardless of a particular participants library, which make include a plethora of first-person shooters.

Last Light recently received a Linux-compatible version alongside it’s PC and Mac versions. Valve states that Ubuntu should be the recommended choice for Linux users until SteamOS launches next year. Valve have stated that their Steam Operating System will be entirely Linux based when it launches.