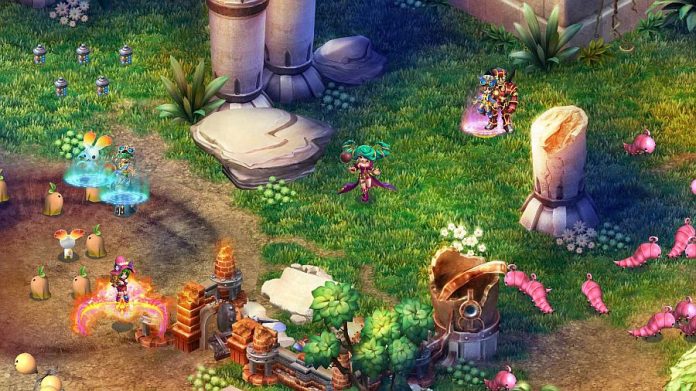 Starlight Story is an anime browser MMORPG from Aeria Games but don’t elude yourself – this game has so many features, that you will eventually forget that you’re playing from your internet browser.

In the dynamic world of Starlight Story, players won’t experience the domain alone, they can summon lovely pets, join families and slay fearless monsters with friends. The system offers a living environment – there are new available quests and tasks every day, meaning players will always have something new to do. The graphics are quite good, considering the support’s engine; it’s a very good choice for younger players and users who are fans of the anime style – vibrant colors, bright scenarios, cartoonish characters and fancy animals are all around this virtual realm.

In general, the game has a detailed structure; you can upgrade and boost your gear, customize your powers and pets, compete with other players or join them in mysterious journeys.

In the first log in, players may feel a little lost, there’s so many buttons and icons, nevertheless learning each one of them shouldn’t take too long! Starlight Story has a very friendly system, a newbie tutorial, an auto location and auto walk features. Questing this way seems like a paradise, you don’t need to be looking for certain NPC’s or run around in circles because you just got lost in the middle of a quest. Using skills is as simple as ever too, you get ten auto key binds. 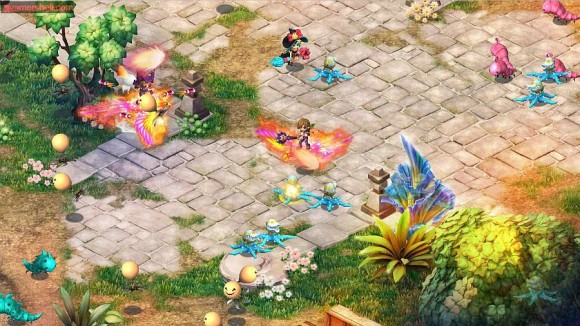 You may want to check out certain in game sections, there’s so many features that you probably missed some the last time you checked.

Gameplay: Questing and Leveling Up

Obtaining experience points is relatively easy in this multiplayer game, the enemy creatures are hardly a challenge and questing is a quick assignment. Besides, you have your pet that deals a fine amount of damage too. Questing in this game is fast and simple, you just need to follow the instructions placed at your quest journal.

For hardcore players, this is definitely not a good challenge; it shouldn’t be too exciting to fight a boss without losing much health points.

There are five classes in this title: Apprentice; Duelist; Magus; Rogue; Squire. Each class has its own skills as in every role playing game but what’s new here it’s the Star Core Power, it’s a special skill that makes you and your pet enter a stronger battling mode for a short time, to trigger this the star power you need to accumulate star points by fighting monsters. Your pet has several skill and passive bonuses too, so don’t forget to upgrade them.

Starlight Story has some interesting features that surprised me. Once you go inactive in game, it doesn’t necessarily mean you’re away from the keyboard, just not interacting with the game, your character automatically enters the training mode. This mode works as a self-meditation exercise, where your character and pet will start earning experience.

The warning system is a peculiar one, if you obtain a better usable gear piece, you’ll receive a message notifying you. The same logic happens when you level up, an icon will let you know that skill points are available for skill’s upgrading.

Another curious aspect is the competitive level; there are several currency sectors such as Arena points, Hero Fame and PvP Points. This means players can compete in several modes and compare scores in the ranking ladder.

Cons: The game can become too automated sometimes; the battling system is usually easy.