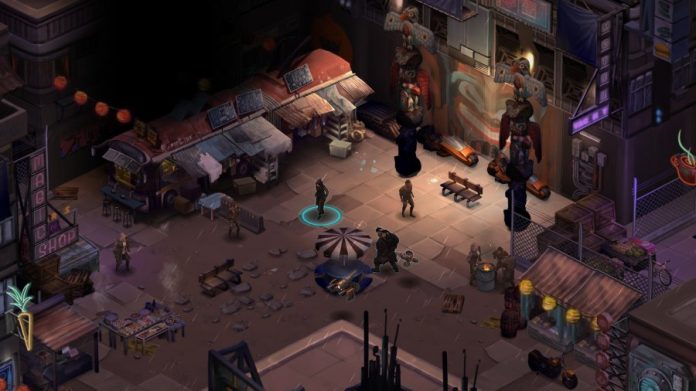 I have to begin my Shadowrun Returns review by admitting something that will make some gamers laugh with disrespect: I haven’t played the original Shadowrun games and I was, until trying out this Kickstarted project, pretty unfamiliar with the game’s world. I really was 7 when the original Shadowrun was released and my parents didn’t seem to consider that keeping me high on videogames is a priority.

These being said, I was thrown into a game I had mixed feelings about: I knew it had to be good since it managed to get $1.8 million from gamers, even though the developers only asked for 400k. I knew about the hype, I knew about the fanboys and to be honest, I was a bit scared: what if I completely hate the game and have to slam it so bad that all the dwarves in the world will lose their appetite? This Shadowrun Returns is going to be difficult!

The first time I loaded the game, I was overwhelmed: knowing nothing about this universe and what will be expected from me, I had to follow my gut: I started by creating a punk-looking dwarf dressed in a Hawaiian shirt (ok, I admit, I got the shirt later) that had the street-smarts and only cared about sheer strength and weapons. A pretty poor choice, as it soon was proven to me, in a game where hacking devices and being charismatic easily opens doors that even the strongest dwarves can’t. 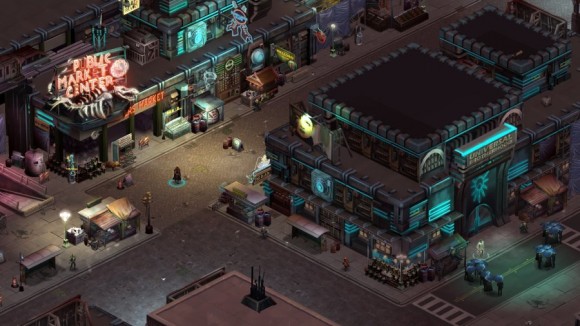 Set in a beautifully created dystopian cyberpunk future where technology meets magic and brings together humans, orcs, dwarves and trolls (and some elves every now and then), Shadowrun Returns tells a beautiful story of friendship where you play the role of the mega-amigo that wants to bring justice to the world by finding the killer of his only friend. Or the gritty story of a scumbag that hits the jackpot after one of his former partners, a drunken no good of a man, bites the dust but leaves behind a small fortune for whoever finds his killer. This is Shadowrun Returns actually: you can play as you want to, be the meanest, most arrogant shadowrunner on earth or still have some humanity left in your rotting heart. Funnily enough for a dwarf, I chose the second.

Shadowrun Retruns could be described as an isometric tactical RPG, but that wouldn’t bring it any justice. It is isometric, it is an RPG, but it’s also a lot more: it’s an adventure, a noir thriller with a gazillion and one characters, all charming and all with their own personality, most with a story to tell and with reasons to care about them or hate their sorry behinds.

Basically divided into two major play areas: the adventure part where you click around and talk to everybody around and the tactical part where you fight enemies in the turn based mode, Shadowrun Returns mixes and matches everything flawlessly, always adding a pinch of humor and some extra spices: a good narrative, amazing characters and a beautifully recreated world. 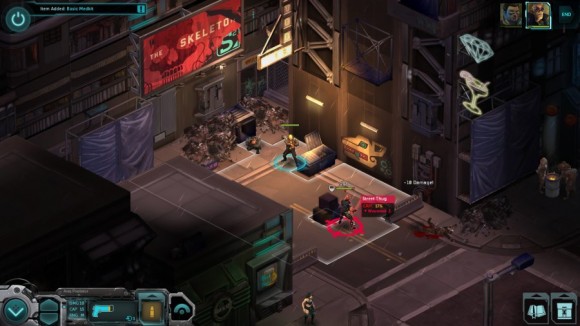 But as soon as the battle starts, you forget about everything and focus on killing all the baddies. The battles are handled in a turn based mode, with each character having a specific number of action points that represent the number of moves they can perform during their turn: shoot, cast magic, hide behind cover, summon other creatures and so on and so forth… it’s a plethora of things you can do and usually you’ll have to be very selective and make sure that you always make the right choices.

The battles are challenging enough after a while, but I never really had any trouble completing a mission, despite being outnumbered, despite being worse-equipped and despite myself not being the Sun Tzu of tactical gaming. This does offer you a level of satisfaction and makes you feel invincible, but on the other hand a bigger challenge would’ve been welcome.

You level up by gaining Karma points and you can invest them anyway you think it’s appropriate, knowing that it will be impossible to max out your skills. Still, you will have to find some balance, unlike what I did, and know a bit of hacking, be able to juggle words – the things any detective needs in the real world, and the things that sheer force will never replace. I personally liked the “skill tree” of the game, with numerous branches, with a ton of options, easily adjustable for the style of play of every gamer out there. 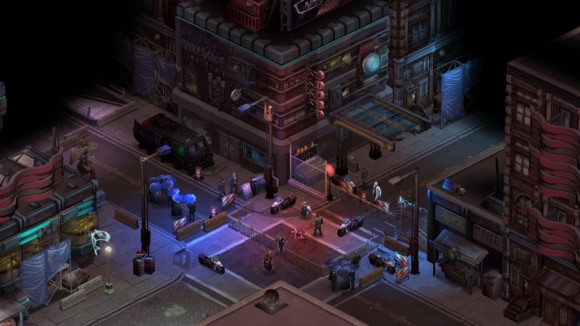 Visually, Shadowrun Returns is stunning. The dystopian future looks great – which is certainly not something the characters would agree with – and the level of detail is huge: the world is populated with NPCs, people minding their own business, hoping to get some BTL chips or looking at the troll dancers (yeah, some people have strange preferences).