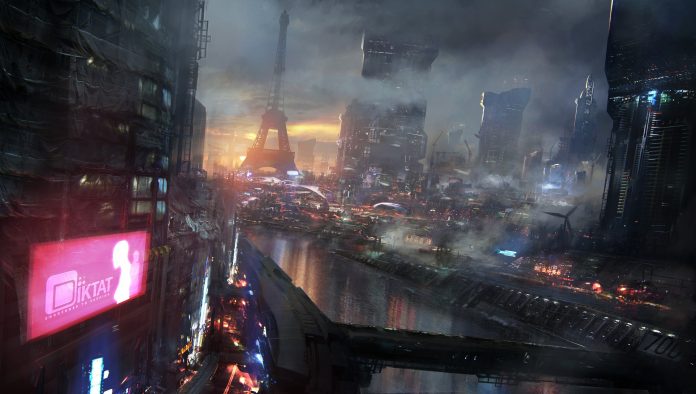 Apparently Remember Me had everything to be a memorable RPG-action game but Capcom decided to create a pure kill-them-all title, while presenting a spectacular storyline for a RPG, obviously that the result didn’t end up being the best. Remember Me’s synopsis previewed a very auspicious game with an exceptional storyline. Instead of fighting criminals, orcs or any other demoniac creatures, players would have to fight memory hunters and the whole organization behind Memorize, a futuristic company that stores, controls and manipulates the world’s population memories. The amplitude to create an open world and enclosure choice-based options would have created a much deeper and richer experience; however Capcom presented a linear plot with basically no customization possibilities. Remember Me’s purpose is clear and simple, annihilate all enemies through brute force and free neo-Paris from hostile forces. Anything else will remain in players conscience’s field, because exploring neo-Paris through a unique perspective is not about to happen. Nilin is conditioned to follow the pre-set path settled by Capcom and there’s nothing players can do in order to change it, she will eventually recover her memories back but first, you need to exterminate a thousand enemies.

Not everything is exactly marvelous regarding the future of humankind and players get to understand this exact point at the very start of the game, where Nilin is being tortured by scientists; her memories are being erased, however her resistance doesn’t allow the process to fully complete and the only solution to eliminate every single memory is to take her down. Once she manages to escape the laboratory, a magnificent neo-Paris will most likely impress and fascinate players at a visual level. Giant colorful buildings covered in shiny glass, bizarre shaped constructions and non-existent apparatus will be part of the astonishing technological environments of Remember Me. The visual effects are also eye-candy; there are many lights and flashes around that come from robots, vehicles and even the buildings themselves. The internal environments are astonish as well, in most rooms and corridors players can clearly notice they’re in a very far ahead future. 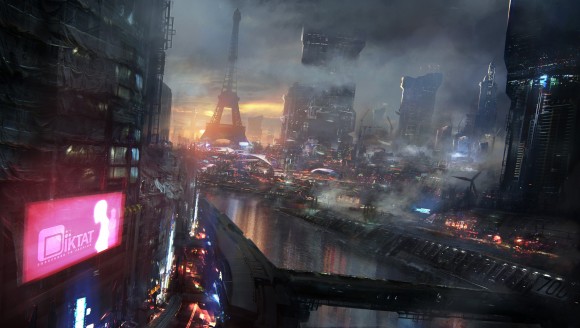 The protagonist of this title is Nilin, a professional memory hunter who got betrayed by Memorize, as her memories get erased, she starts a vengeance journey in order to take this dangerous company down as recover her memories as well. To do this, she counts with several allies in the resistance, as well as her own abilities. Curiously, Nilin uses brute force most of the time instead of inflicting memory tricks, which is, supposedly her specialty. She fights like a martial arts master even though her memories have been cleaned and worse, she uses kicks and punches against armored enemies. The combat features and combo combinations may seem a bit complex and diverse at the start but once you’ve learnt most of them, the combat becomes repetitive and tedious. If killing enemies and jumping around over and over is already unexciting, then imagine doing that using the same techniques most of the time. 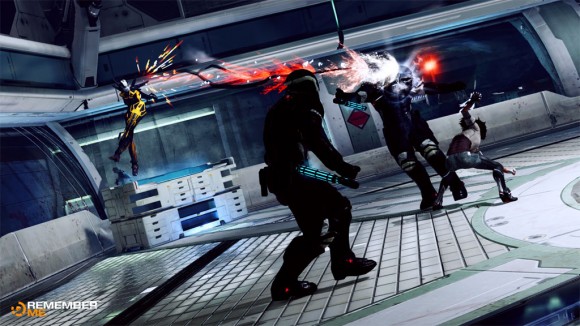 3. Storyline: The Perfect Plot for a Stunning Game

The concept behind Remember Me’s plot is quite creative and original; it’s a nearly perfect story for a prodigious RPG title, however this game didn’t turn out to be one. But it’s not simply about a sci-fi original theme, the whole idea of loading and manipulating memories can indeed produce surprising results, not because this concept is truly new but because it offers a countless number of possibilities, which is the greatest remark of role-playing. Unfortunately, as it happen in most pure action games, the storyline doesn’t seem to matter much since at the end, it’s all about killing – everything else seems secondary and somewhat irrelevant.

4. Innovation: No Where to Be Seen

There is basically nothing new in this Capcom title, the jumping/climbing mode has been seen in many other games like Square Enix’s Tomb Raider and the combat system is very traditional and ordinary. The customization features are so few that they’re barely noticeable and the linear style is something that has been explored for decades. The quest system is also very standard and unoriginal, the task may be different but the goal remains the same, kill them all and you’ll succeed. 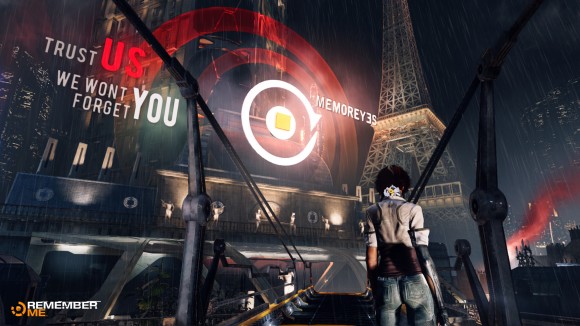 I’m sure that Remember Me would have been a much better game if Capcom had introduced role-playing features, in order to create a more dynamic and interactive experience. The lack of choice-based and alternative features, like side quests and exploration options, has turned this excellent story into an ordinary linear plot. For a game being released at the start of the next-generation gaming era, there should have been much more effort into it. Impressive graphics, astonishing melodies and a pure action gameplay with no interactive content is clearly not enough to satisfy gamers in 2013.