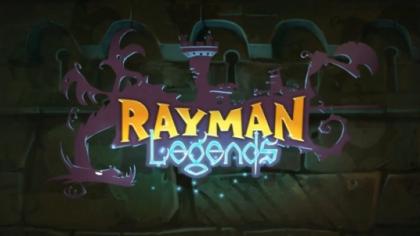 Oft rumoured but not officially announced, there have been but rumblings about the status of the delayed, once-Wii U-exclusive Rayman Legends. Now, following up on a similar thing last month from a Spanish retailer, this intrepid internet user has discovered another retailer listing the game due for release on Sony’s handheld.

As you can see on the product’s page on Kalahari.net (also screengrabbed and posted below, in case the page is taken down), the expected date is August 29, a day before the game’s expected European release for home consoles.

Although not announced, a Vita release would make sense, given that the game’s predecessor, Rayman Origins, was released on nearly everything with a screen, Vita included. Following the Wii U exclusive being delayed by months to release on 360 and PS3, is this good or bad news for you? Do you indeed to purchase it on your Vita, or are you happy with a PS3/360/Wii U release? Let us know in the comments below!

I have reached out to Ubisoft for comment on this story, and will update this story to reflect their response, should they choose to comment. 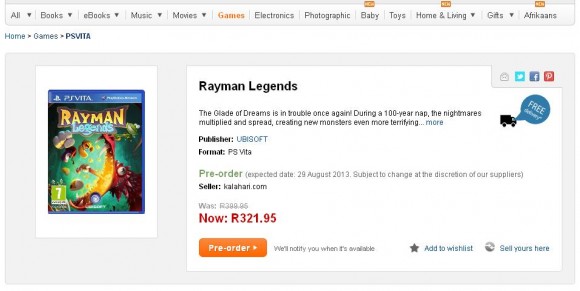