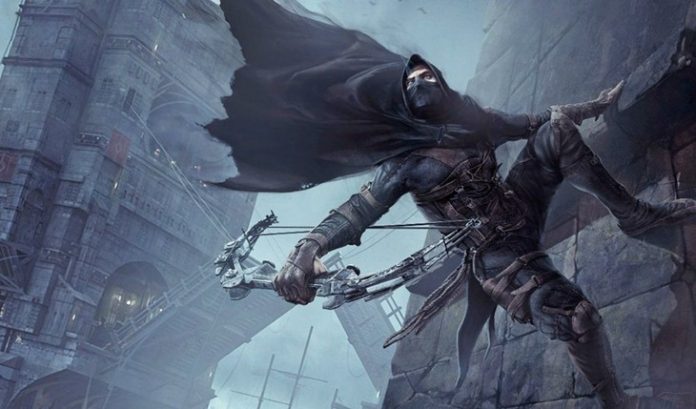 The reboot of the Thief series is a well-known reality. Garrett, the master thief, will return in 2014 and his arrival seems very promising. The modern Robin Hood is coming back to The City and the rich will no longer be sitting on the throne, the winds of change are imminent. After the tremendous success of Square Enix’s remake of Tomb Raider, it’s simply natural to expect another bombastic re-creation, especially when this stealth series have everything to prosper, or nearly everything. The storyline is no longer original, creative or new, it has been seen, lived and experienced through many ways before, not just in video games but also on TV, the recent Arrow series tell the story of someone similar to Garrett. In this upcoming Thief, we’ll be seeing a Garrett willing to steal for the greater good of The City, to establish a smaller barrier between rich and poor in order to create a fairer world. He no longer steals to survive, he doesn’t steal for entertaining either; Garrett has now a clear purpose to do what he does best: First I stole to survive… then I survived to steal. I am one man; I hear your secrets, see your hidden truths. I am the shadows, the dark and deadly, the velvet night. You will not see me coming. I am Garrett… What’s yours is mine.

The release of the new Thief is still far ahead from now but what can be expected? What is already known and what can be presumed about this promising remake by Square Enix? 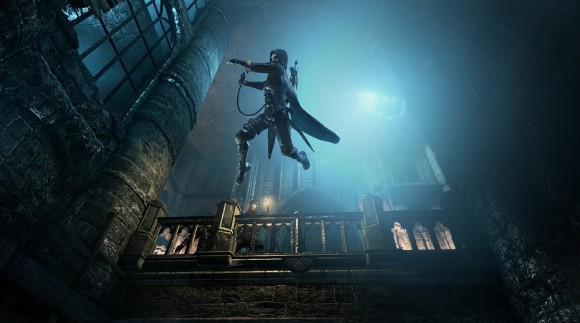 As in the previous Thief games, going stealth is the main key to progress in the storyline and interactive functionalities will probably achieve a new whole level. Violence should be avoided at any cost; staying in the shadows while retrieving the necessary data is much safer than getting exposed and instantly killed by the innumerous patrols rounding every corner of The City. Exploring the unknown and unveiling mysteries will surely be part of being a true spy; finding possible interaction options with the most unexpected objects will assuredly become a reality. There will most likely be several ways to complete the same task, allowing players to be creative and strategic about their gameplay tactics.

Thief promises an extensive level of customization, an infinite world of possibilities. Players should decide how they wish to play, the game shouldn’t drive them, they should drive the game instead. This choice-driven gameplay has already been officially announced by the game’s developer, Eidos Montreal. This system will allow players to follow different paths and reach different outcomes; each story will become singular and unique.

Defined to be a next-generation game, Thief will present stunning graphics and astonishing effects, everything will resemble reality at a closer level. In Tomb Raider, Square Enix gave many signs that realism is one of the most respected values for game developing. Making pixels come to life is one of the great trends of this company but it’s more than a simple trend because players demand more than solely shoot and run, as so playing with visual, audio and gameplay mechanisms is the essential key to create an ultra-immersive environment. Now, Thief isn’t a pure action game, however the stealth genre can be explored in various exciting ways. Just imagine the pressure involved when you’re about to get caught and there’s no pause, no way out, there’s just one thing to do, think fast and react quickly and correctly.

Fire weapons will be set aside, nothing personal but the logic behind a stealth game is exactly following the word literally. Garrett will have his lovely bow and make good use of it; he will also acquire many thief techniques that will bring the real stealth sense into the game. Stealing from other characters is one of the major skills in game and there will be many ways to pickpocket opponents. Garrett can enter an extreme concentration mode called focus, which provides several advantages. Besides slowing down time and enchanting Garrett’s vision, it also highlights environmental objects that can be used/exploited, such as candles that can be put down to create a darker atmosphere. To knock out guards and climb buildings, the main character will possess a blackjack and a claw as secondary weapons. 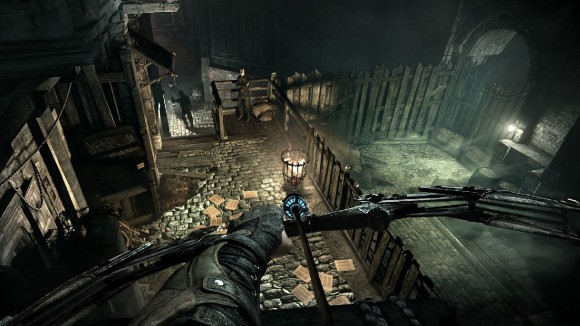 In the upcoming Thief, non-playable characters will be very efficient and smarter than usual. They’ll have in mind the map structure, such as rooms, paths and possible hiding spots, which can make everything a living hell for players. In order to do not get caught, Garrett has to infiltrate places that are overwhelmed by security and if someone becomes suspicious, then hell will surely be unleashed. NPC’s will have divergent reactions depending on players’ choices and they can use different ways to locate the spy.