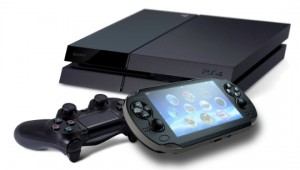 It looks as though Sony’s two year-old struggling handheld has finally received a slight sales boost following the launch of the PS4, Videogamer reports.

MCV magazine also provided concrete statistics for the boost, which sees the Vita’s sales increase by 68 percent during the week of the PS4 launch and 65 percent the following week. Sony did not provided actual sales numbers for their handheld but they did state this is a result of the Vita acting as a second screen experience for the PS4.

“PS Vita sales wise we are continuing to see strong week-on-week growth since our latest campaign kicked in,”  Ben Law, senior project manager, said. “The new TV advert went live this week and we’ve already seen amazing feedback from PS4 owners on the Remote Play feature, and the success of Tearaway highlights what [a] great proposition PS Vita is, either as a standalone device or as the perfect companion to PS4.”

The powerful handheld just turned two years old, but there has been a sore lack of commercial success for it. When first announced the system surprised many people, especially journalists with its friendly price point and graphical fidelity. But it has since been dominated by Nintendo’s 3DS.