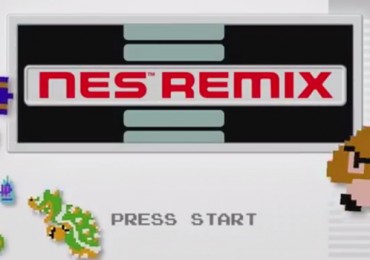 Today Nintendo announced the NES Remix initiative, which will contain new twists and updates to 16 classic Nintendo titles available on the Wii U eShop. The NES Remix is available today and will costs $14.99 in the US and £8.99 in the UK. It will feature “quick levels” from classic games, of which some will be relatively unchanged while others will contain new gameplay mechanics during iconic moments.

The following 16 games are included in NES Remix:

Nintendo showed a debut footage that gave a taste as to what this NES Remix will bring. For example, in the footage shown a Zelda sprite appeared in Donkey Kong, so was a reversed Mario Bros level, and a level in Excitebike that will have players navigating a pitch black path using a bike with only a flashlight attached.

NES Remix will contains Miiverse functionality and will include stamps and provide the ability to post records from various levels as well.