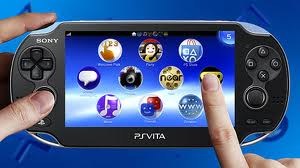 The PS Vita is gearing up for the release of the PlayStation 4 by releasing a new system software update that incorporates support for the upcoming console later today.

A post on the PlayStation Blog confirmed the details of these improvements. The Firmware v3 update adds a number of new features to the PS Vita. One of the biggest is the addition of the PS4 Link app, which will allow you to link your handheld with your PS4. This allows you to control the PS4 remotely and the Vita acts as a second screen to all games with the second screen feature.

Other PS4 related additions include improvements for the Friends List app, made in advance of the expanded Friend roster for the PS4. Also added is the ability to view PS4 trophies in your Vita (Battlefield 4’s list was spotted last night on Sony’s servers); however trophy rarity is not displayed.

In other areas, the Group Messaging application has been renamed Messages, along with a change in the layout. The app has added the ability to send and receive messages with friends and players on PS4 or on mobiles which have the PlayStation app installed.

The Party app now allows voice and text chat with friends and other players, whilst a Panoramic Camera has been added, giving you’re the chance to take your panoramic photos and look around them using the PS Vita’s motion sensor.

Further updates will be coming, and with this update you can now set all these upcoming software updates to download automatically.

A video detailing all the changes coming with this update is just here:

The PlayStation 4 launches on November 15th in the US, and on November 29th in Europe and Australia.