Namco Bandai have today announced that fans will have the opportunity to suggest shield designs for the upcoming Dark Souls II.

The submission process will be done via a competition on Facebook, which started today and will run until May 13th. To enter, fans must like the Dark Souls Facebook page and then download a template in the Facebook application form. This template may then be filled out as each fan desires, before being uploaded to the game’s Facebook page. Fans will have the opportunity to submit 3 designs. 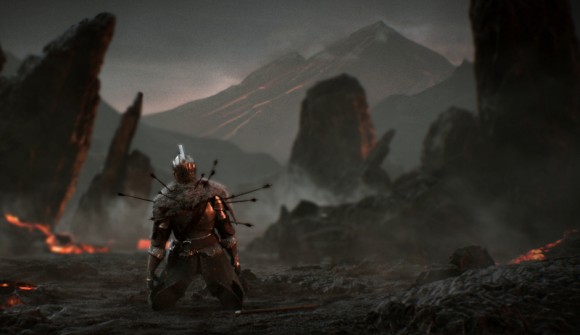 From May 14, the competition will enter a voting stage in which the designs will be voted on by other Facebook users. On May 20 the voting stage will end, and the top scoring shields will be sent to Japan to be reviewed by From Software, the developers of Dark Souls II. The winners will then be announced at the San Diego Comic Con, which runs from June 17 to June 21.

The six winning artists will have their designs implemented into the game, to be used by themselves and fellow players alike. Those interested can head over to the Facebook page now to sign up and start work on their shields.