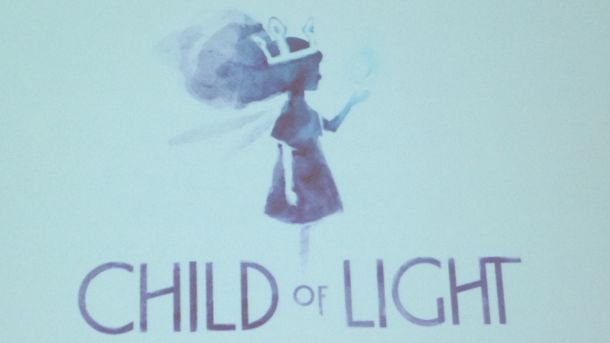 As of this moment, I have a severe flu. Right now as I am typing on this keyboard, my nose is running, my throat is aching, and the world is spinning out of control. The symptoms of this contraction are pretty gnarly (not in a good way), so you know that if I am sitting here writing instead of resting (or, playing video games) then you know it has to be something I could not stay away from.

And know that though I may be incredibly sick, I took care of my morning duties. After a long, terribly slow morning – I have arrived home to a piece of work on my desk that filled me with so much joy, it for a few minutes, removed any symptoms of this flu (which is saying something, considering days of Sudafed have proven to be useless).

This just in, Ubisoft Montreal has released a trailer worth talking about. A trailer titled as a “JRPG” from Ubisoft. That’s right, you read that correctly. No, this title is not from Square Enix or Atlus, and yes Ubisoft is the company responsible for Far Cry 3, as well as the plethora of grisly, manly Assassins Creed titles. I’ll just leave this here and let you marinate in it a bit. If you need to watch it a few times, be my guest! In fact, I’m going to go watch it again right now.

How could you not be? Well if you aren’t, you aren’t alone. Initial response to this title has been overwhelmingly.. underwhelming. Many news outlets seem to be hyped up for this game, speaking of how Child of Light  proves to be a highlight for them. The gaming world however, as of now anyway, hasn’t been too hyped, too excited for a game about a little girl and a big sword.

Well. Why should we be?

Before I force a form of perspective onto you, I’ll give you a little background of who I am. Just barely old enough to be raised with a Super Nintendo, it wasn’t uncommon for me (as well as thousands of other gamers) to be easily absorbed into a world of pixelated 16 BIT Graphics. Sure, the game’s didn’t look the greatest– and no, there was no voice acting commonly found in today’s block buster titles. But in it’s essence, this was the best part about it. As gamers, we were absorbed not by the cinematic cutscenes and explosive dialogue or the movie like characters and million dollar motion captures. We were absorbed by the words. We were hooked by the characters represented as blocks, and moved by the soundtracks composed and portrayed by palm sized cartridges– and this continued into the golden age of Sony.

It’s hard to argue with the ideal that both the Playstation and Playstation 2 were kings of the RPG. More specifically the Japanese RPG genre. Full of crazy hair and constantly involving some form of fairy or spirit– these games were amazing in their ability to capture the audience. Though not yet at the technological advancements that allowed games like Heavy Rain , aptly titled JRPG’s were both deep, and emotional.

There were always twist and turns, and though I would love to avoid it– can we really argue that Final Fantasy VII (crap) wasn’t our segway into a world of cinematic gaming? The emotional scenes and crazy characters found in Final Fantasy, or most of the titles in the genre, were commonly found. There was Star Ocean, Final Fantasy, the Tale’s series, and many more to be found.

But as the next generation reared it’s head, something happened.

The genre plummeted. Was it due to Square’s attempt at turning Final Fantasy into a movie (we all knew that didn’t work the first time). Or perhaps it was because the industry realized that what sells was no longer Girls in dresses with magic wands, but rather– skimpy outfits and burly machine gun toting men (looking at you Gears). Regardless to say, these fantasy games stopped churning out. And the one’s that did? well. Less than acceptable.

So… why should I care?

Well I’m going to assume that you, as a reader of Unigamesity, are also a huge fan of video games. More so than the average Joe labeling himself a gamer because he picks up every Madden and Call of Duty at release and plays nothing else. With that being said, it’s important to note that this is a quick peek into our future. Sony already showed us Knack, though not executed well, an outlook into reviving the feel of Crash Bandicoot and Spyro.

Unfortunately, Final Fantasy’s next game seems to be a graphical romp (whether it will be fun or not is without my knowledge of course! And of course I want it to be!), and Kingdom Hearts seems millions of miles away– so this, this is a gift to us! Relics of the past who are growing weary of cut scenes and quick time events.

Uh. Calm down Vince, there are thousands of games like this made by indie developers.

No I will not calm down! What you have to realize is that though there are wonderfully crafted RPG’s in our indie community, there is a severe lack of support actually coming from huge brands. Yes Tales of Xilia was just released, and yes Ni No Kuni was golden. But honestly, compare that to the number of action adventure shooting games that came out beside it. Yeah..

Note that as a gamer, I do enjoy those kind of games. I’ve played my fare share of Call of Duty and Halo, but as an aspiring designer, it’s nice to see that Child of Light is not only a JRPG, but one made by a non Japanese company. One made from Ubisoft, the last group of people I could see working on this.

Child of Light is set to release in 2014. For more information regarding to what seems like a whimsical journey through a mystic land, with swords, stones, dragons, and awesome Dr. Seuss rhymes, make sure to check back here– on Unigamesity.