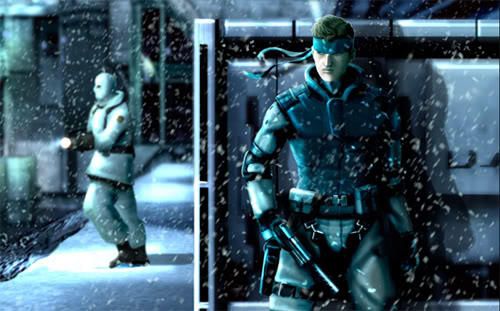 Hideo Kojima has received a letter from Just Add Water, the development team behind the Oddworld HD remakes, that states that they are willing to remake the original Metal Gear Solid game on the new Fox Engine that is being used for Metal Gear Solid 5. Just Add Water is currently working on the Oddworld: Abe’s Oddysee remake, which is entitled Oddworld: New ‘n’ Tasty. The letter to Kojima stated,

“We at Just Add Water feel ideally positioned to do the remake justice for several reasons. One: we have experience working with legendary IP (Oddworld Inhabitants) and treating the subject matter with the respect it deserves. Two: many members of our team are huge Metal Gear fans, with very good knowledge of the source material. Three: We really, really want to do it.”

A copy of the letter was uploaded to the studio’s official website, showing that they are very serious about taking on this project. (It has been removed from the site at this point, the reason why is unknown.) They have done a great job with the Oddworld remakes and I personally would love to see a well done remake of the original MGS. Hideo Kojima himself has tweeted, “Well, if there’s some creator or team in this world who has love and passion to remake “MGS1″, I would love to ask for it.” I feel like the “Twin Snakes” remake that came out for the Gamecube a little while back may not have been exactly what he had envisioned.