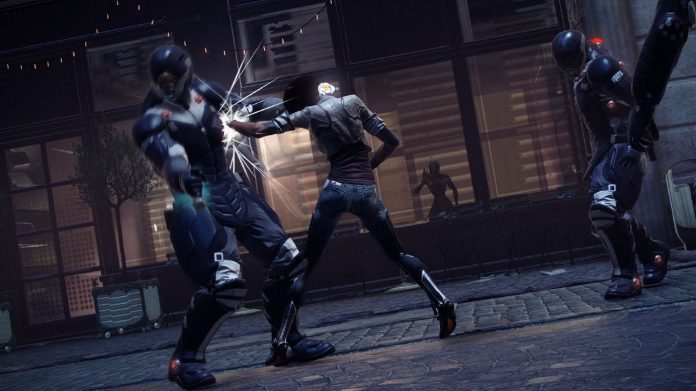 Despite featuring an unknown female protagonist, Remember Me awakened the curiosity of many gamers all over the globe and it quickly became a hot topic in last few months. Gaming communities gradually built high expectations towards this recently released Capcom title, however reviews expose an unpleasant truth, where Remember Me seems to have deceived players with spectacular visuals and an auspicious storyline. But these first impressions that previewed an unforgettable game were nothing but a leap of faith. In the end, Remember Me didn’t live up to its promise and deception immediately replaced the expectation of a magnificent game.  But why did this sci-fi action game become a disappointment? And, why did gaming communities expect Remember Me to become a memorable title in the first place? Capcom had a substantial impact on Remember Me’s reputation, however unlike famous gaming titles and series, this game started fresh with an original concept and a realistic plot. Obviously, what captivated players wasn’t the new brand title or the new born characters, even less the fact that neo Paris was about to become the physical destiny for all the in-game events. On the other hand, the original story and most of all, the promising action-role-playing  features, that supposedly would create a deeper immersion level, thus creating a more dynamic and interactive experience were exactly what turned Remember Me into a well of hope and expectation.

In theory, this futuristic game had everything to become a great title. The complexity and density of the plot previewed a gigantic world of possibilities. But apparently nothing went as previewed. The main focus of Remember Me is centered on Nilin, a betrayed memory remixer agent, whose main goal is to achieve vengeance by destroying Memorize. The concept of manipulating memories could be a fascinating topic for a new successful sci-fi gaming series, however Capcom decided to bet on pure action, while role-playing and decision-driven features were completely forgotten. But even pure action wasn’t good enough, first of all due to the fact that the combat system is quite repetitive and easy to execute, a few key combos and the challenge is complete. And second, the initial hyrbrid plot contradicts itself in this state of action. Nilin is a master memory remixer that barely uses her own special ability to conquer minds, instead pure force is the favored style to overcome enemies during most of the game.

It’s another “beat them up” title, where killing mindlessly is all that matters. And there goes a formidable plot into waste… I wonder if the final result was intended or if it was a quick solution to follow deadlines, otherwise it makes completely no sense to develop a rich and deep storyline just to make it all meaningless and worthless through a linear action gameplay. It’s a bit too silly to create a story prompt for role-playing and create a whole different genre out of that same story. Actually, you don’t need to be a specialist to realize that creating a game based on a storyline with a complete different genre is not a good idea. It’s not just antagonist and contradictory, as it gives a sensation of disjointedness and incoherence. In Remember Me, players are supposed to take down a massive memory controller organization and all what’s done is beat people up with kicks and action moves. How would that even be possible? Memorize has access to ultra-advanced technology and infinite amounts of information. I honestly think that a person who barely remembers anything about herself would be able to do any kind of damage by using brute force. It’s simply naïve to turn this story into an action based game, where secondary paths, in deep missions and role-playing features are basically inexistent. One thing is for sure, the deception won’t be forgotten and Remember Me shall be remembered as a faint memory that never really came to happen in its full intent.