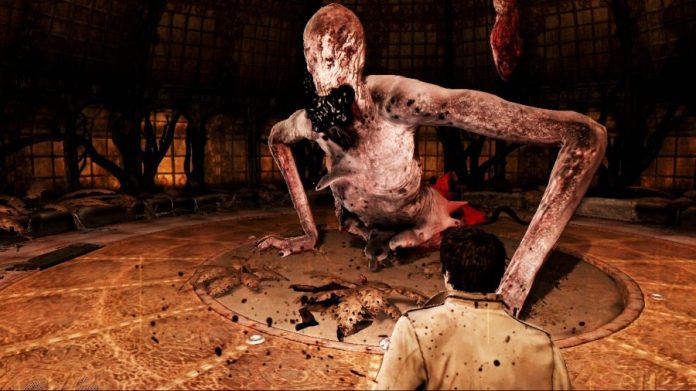 In what could very well be the biggest surprise from Gamescom, a new Silent Hill game will be released on next-gen consoles. How the announcement came about was through a free demo for PS4 on the PlayStation Network entitled P.T. This playable teaser consists of first-person gameplay through a seemingly abandoned house that hides many secrets and horrors within its dark corridors. A warning was placed on the game’s download page, stating that those with heart conditions should not play, further stirring interest of what the game could be. After completing the demo, the player sees a man walking down a foreboding street with credits of familiar names on the screen: Metal Gear Solid creator Hideo Kojima and Pacific Rim director Guillermo del Toro. The man soon turns around to reveal himself as a character with the likeness of The Walking Dead and Boondock Saints actor Norman Reedus. The seemingly innocuous game demo was in fact a ruse for a new collaboration for the next Silent Hill game, entitled Silent Hills.

Kojima is known for announcing his new projects through cryptic messages and misleading trailers. Most recently, the 2012 trailer for what was initially thought of as a new IP from new studio Moby Dick Studios, The Phantom Pain, was in fact a teaser for Metal Gear Solid V: The Phantom Pain. His collaboration with del Toro will certainly spark the interests of gamers and film buffs alike. Del Toro’s penchant for horror in films such as Pan’s Labyrinth and the upcoming Crimson Peak could do wonders for the revitalization of the Silent Hill franchise, as the series has laid dormant since 2012’s Silent Hill: Book of Memories.

No release date has been given for Silent Hills and no word as to whether or not it will be a PS4 exclusive.