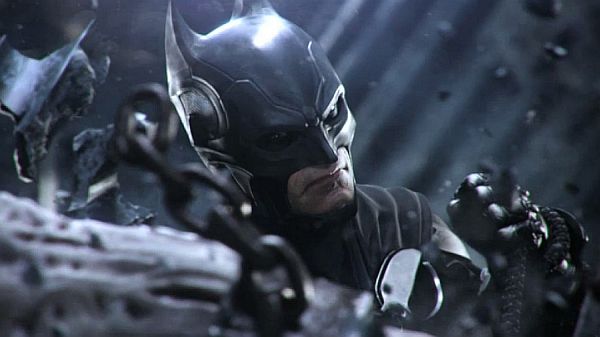 According to Time Warner’s earnings report for 2012, one of the leading factors in the games segment of the company for 2013 will be the next installment of the Batman Arkham franchise.  First released on PS3 and Xbox 360, the previous installment, Batman: Arkham City was released in November 2011 for PC.

The Arkham franchise began in 2009 with Batman: Arkham Asylum, which put you in control of Batman exploring every part of the Arkham Asylum compound and island.  The game’s third person appeal made it quickly successful, and garnered rave reviews from aggregate sites, earning a 91.89% at GameRankings and a 92% at Metacritic.  It won Game of the Year from numerous sites and publications like The Escapist, Giant Bomb and Games Radar.  Arkham Asylum also saw a large amount of recognition at award shows, being nominated and winning several bit awards in the Interactive Achievement Awards and Game Developers Choice Awards, and winning the BAFTA Game of the Year for 2009.

The first game in the series features several notable villains, including the Joker, Bane, Zsasz, Scarecrow, and Killer Croc, as well as Harley Quinn and Poison Ivy.

In the second installment, the prisoners are moved to a special super prison, located in Gotham City.  Batman is still the main protagonist, and is tasked with shutting the facility down.  Like the first game, Batman is controlled in third person, and his abilities are all intact from the first title, like gliding with his cape, moving from place to place seamlessly with the grappling gun, and using detective vision, activated by a visor in his cowl.  Some of the gadgets are available from the start and others must be earned, while many can be upgraded as the player makes their way through the game.

The New Game Plus feature allowed players to replay the game, after having beaten it on normal or hard, with all the experiences and gadgets earned before.  It does, however, increase the difficulty by making enemies more hardy and removing imminent attack warnings on the HUD.

This version did better overall on most platforms, but lost a couple points from its predecessor on the PC, falling to 90.43% and 91% respectively.  Unsurprisingly, it also won several awards, including Game of the Year from The Daily Telegraph and Yahoo! Games, as well as placing first on the top games of 2011 lists on E! Online and CNET.

If the franchises previous accolades are anything to go by, the next game is set to possibly be the killer app of the year, though it faces stiff competition from Grand Theft Auto V (if it manages to be released for the PC this year).

What kind of things are you looking for in the next Batman Arkham game?  While the writer of the first two games will not be returning on the third, plenty of development has gone into this franchise, and it will be interesting to see where the studio goes with it.