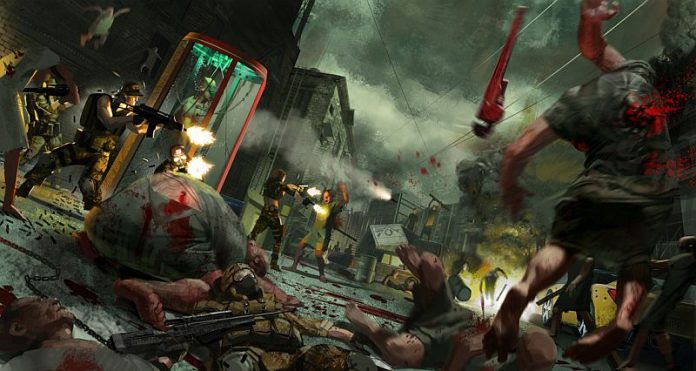 Nexon Europe have decided to update the virtual world of War Rock and deliver some fresh batches of content, including a new zombie mode that fans worldwide will certainly love.

The new zombie map is a co-op map titled “28th Street” and challenges players to fight the zombie hordes in their quest to save some anti-zombie vaccine from a crashed helicopter. In order to aid you in your quest, you’ll also have the new Defense Package with new Camouflage, Bizon Pistol, Impact Wrench to defuse bombs, plus the T-Bomb itself.

In order to celebrate the launch of the 28th Stree zombie map in War Rock, Nexon have also released a bunch of events: the Annihilation-Event where players are challenged to beat the new map in the Hard Mode, the Level Up-Event where players can win up to 5 costumes and the Kill Count-Event where clearly the one with most kills will be the king.

War Rock is a fast-paced FPS set within the fictional Republic of Derbaran during an intense nuclear war. Players fight against each other and they can choose to play as one of five branches: Military Engineer, Scout, Combatant, Heavy Weapons Unit and Medic. Each character has their own specialties that can be selected by the player. War Rock provides highly diverse combat throughout several different modes of play, including Close Quarters Combat, Hero Mode, Urban Ops, Battle Group and Zombie mode.