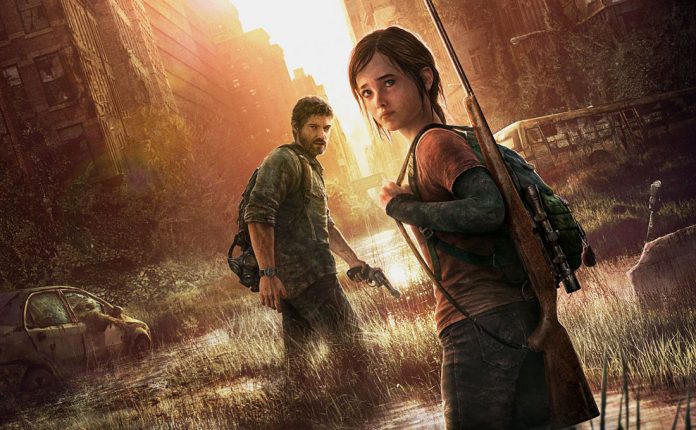 The Last of Us is coming out next month on May 7th. This PlayStation 3 exclusive is categorized as a survival horror action-adventure game and it’s being developed by Naughty Dog, which has introduced the upcoming title as stated below:

The Last of Us is a genre-defining experience that blends survival and action elements to tell a character driven story about a population decimated by a modern plague. Abandoned cities are being reclaimed by nature and the remaining survivors are killing each other for food, weapons and whatever they can get their hands on. Joel, a ruthless survivor, and Ellie, a brave young teenage girl who is wise beyond her years, must work together to survive their journey across what remains of the United States.

Even though there isn’t so much information about specific gameplay features, there’s quite a decent list of what we’ll be seeing in game. Joel and Ellie are the main protagonists, however Ellie is a supportive companion controlled by an advanced A.I. So, what exactly can players expect from The Last of Us?

The narrative of The Last of Us seems to be extremely well constructed as it resembles a playable post-apocalyptic movie – there’s the drama between both protagonists, the unceasing cursing on the enemies, the everlasting action battles and the ultimate plot towards a better life. Emotions and feelings seem to play a great role in the game’s plot as well.

Joel and Ellie are truly alone and by themselves, and things are not about to get better. As they escape from a quarantine refugee camp, they’ll be pursued by the military forces to bright them back. The outlaw survivors are not so friendly as well; food has become a rarity and human outsiders are now the synonym of fresh food – killing is not an option, is a demand. And to boost the hostile environment, there’s the most lethal enemy in game, the infected humanoids that resemble zombies; they’ll brutally attack any uninfected human insight. The duo must then kill everything merciless, as every living force seeks to unleash hell upon them.

Naughty Dog has developed a new gameplay mechanism by boost NPC’s artificial intelligence, the feature is called dynamic stealth and it allows enemies to differently behave depending on the player’s actions. Once replaying the same physical events, players can use innumerous strategies to defeat opponents and expect slightly different reactions respectively. This interactive feature will surely add a new challenging level to the fighting system. Note that certain fights are so real that you can die from just one bullet if it hits a vital place.

Another action unique feature has been developed by Naughty Dog, named balance of power. It’s another boost to the enemy’s A.I’s and it’s meant to allow enemies to react depending on players’ actions, which increases the combat realism dramatically. In fact, opponents will take advantage of players’ weaknesses and exploit their fragile status. For example, when Joel is out of ammunition, enemies will immediately enable an offensive posture.

Ellie is a teenager girl and Joel’s partner, she is totally commanded by A.I. but sometimes it doesn’t seem so. She is quite intelligent, autonomous and thoughtful. She permanently interacts with Joel and will sometimes aid him in battle, when he’s in danger. The constant dialogues and comments on environmental events between Joel and Ellie make the whole story seem even more real.

The present of The Last of Us resembles the movie I am Legend, in which a mysterious cordyceps-type fungus has killed most of the world’s population, therefore nature has gradually taken over the abandoned cities. The post-apocalyptic environment is filled with crumbling buildings, flooded roads and abandoned vehicles – there are surely stunning scenes that cannot be missed.

The Last of Us defines itself as an action-adventure game, which means there will be many opportunities to explore the surrounding areas. The game’s post-apocalyptic world is literally a complete mess and players will end up exploring unexpected places, such as flooded caves. The game should definitely incentive players to trigger risky events, if there’s any chance in finding goods. To add a higher realism level to the survival genre, players must face danger to survive – collecting food and medicine is essential to progress in game, as it would in real life.

The world as we know it is long gone and many modern costumes and habits have gone extinct as well – electricity and traffic are the most missed goods. Most human generated sounds are simply gone, no trains, no industry, no music… the world has drown into deep desolation and silence. With everything being so quiet, Joel is able to spot other being’s presence by hearing their footsteps, talks or movement sounds. This sensitivity boost, that serves as a human radar, works perfectly to detect hostile forces.