Steam today announced that Metro: Last Light is available for preorder at a 10%. In addition, Deep Silver have put out information regarding the preorder bonuses fans will receive.

Unlike most preorder deals, Metro: Last Light’s doesn’t actually come with any content in and of itself. Instead, by preordering you assure that you get a copy of the “Limited Edition” of the game. The Limited Edition is the first run of the game.

The Limited Edition comes with a digital comic by Dmitry Glukhovsky, and also features an in game modified Russian rifle. In addition, players will recieve additional military grade ammunition in their game. For those that don’t know, this ammunition is something of a rarity and is used as the currency in game. The ammunition also packs more of a punch than other bullets, meaning that players have to choose between hoarding the bullets or firing them to deal more damage. 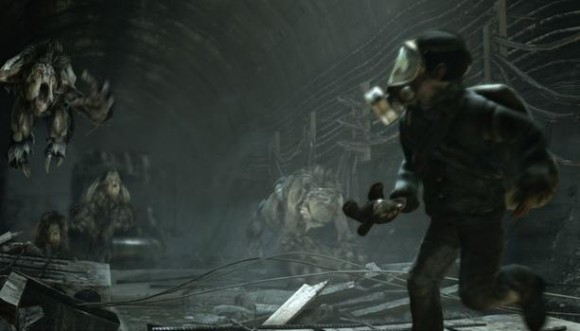 The final feature in the Limited Edition is Ranger Mode, which is designed for both heightened realism and difficulty. Playing Metro: Last Light in this mode removes the HUD, UI and pop up tips, as well as doing away with the crosshair. In addition, players will find that bullets, filters and medkits are much rarer while gas masks and battery power are less effective.

Somewhat controversially, those who wish to play Ranger Mode without the Limited Edition will have to throw down $5 for the mode as if it were DLC. This stands in contrast to Metro 2033’s Ranger Mode, which was added for free on PC. Deep Silver have stressed that this decision was made by THQ prior to their purchase of the license, meaning that their hands are tied due to pre-order announcements made by the latter company. Regardless, many fans have indicated outrage at the move.