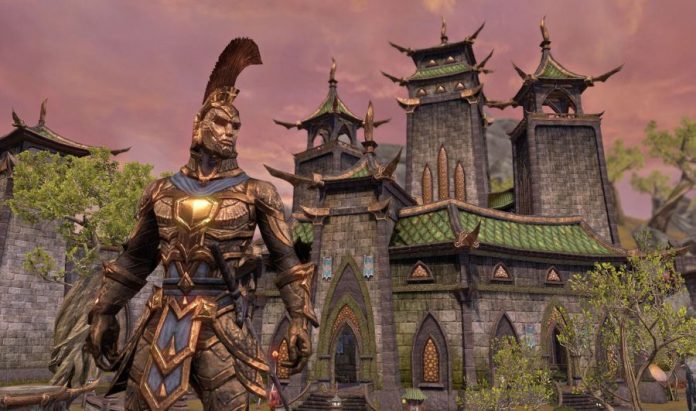 IGN released a video on Thursday that gives us a better idea of what the gameplay will be like in The Elder Scrolls Online. Before you read on, feel free to watch it here. Cool, huh? It looks like they have done a really stellar job of grabbing everyone’s favorite elements from both Skyrim and Oblivion, and putting them into the MMO style. In the video, the players actually get to teleport into Oblivion for one of the quests and they even get to kill a Dremora lord. For anyone who enjoys nerding out over the lore in the series, this looks right up your ally.

In the later part of the video, they talk about how playing on your own feels a lot like playing through Skyrim. I think that this approach will be really beneficial to those players who may not always have a ton of their friends online when they play. One of the drawbacks in World of Warcraft is that once you get to a certain level and want the best loot, you need a group to explore the dungeons with you to defeat the super strong enemies. The TESO approach will be much more inviting to the casual gamer, while still allowing the hardcore gamers to do the quests in groups if they choose to be more social.

With videos like this, you can see why people are getting so excited for this game. I have not played an MMO in quite a while, but I think that this one may be the one to bring me back to the world of late night experience grinds.