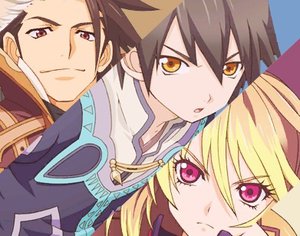 Namco Bandai has announced a new Tales JRPG for the PS3. The game will only be released in Japan in 2014, but Namco did state that they plan on localizing the title for European and North American release.

The game will be titled Tales of Zestiria, and will be the 15th core title in the long-running JRPG series. The game will celebrate the series’ 20th anniversary when it gets released next year; a series that has had over 30 games released.

Series Hideo Baba noted on Playstation Blog that his team have been, and still are planning on strengthening the commercial appeal of the series outside of Japan. The first Xillia game finally saw a North American and European release this year in August, and according to Baba the game has sold quite well.

“The Tales Of team has been working hard to strengthen our relationship with overseas fans over the past few years,” said Baba, “and have seen the fruits of our labor with the success of Tales of Xillia which has sold over a million copies worldwide.”

“The Tales Of team would like to thank all of the fans around the world for their continued support and extend a warm welcome to new fans to the series as well.”

Tales of Xillia 2 is still planned for a North American release sometime in 2014, which should be an indication that we might not see Zestiria outside of Japan until 2015.