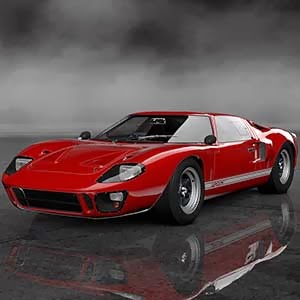 Forza Motorsport developer Turn 10 has defended Forza 5’s microtansactions; a business model that has sparked significant controversy for the studio. Creative director Dan Greenawalt, in an interview with Eurogamer, stated that the in-app purchases that are currently available for Forza 5 are simply an evolution of Forza 4’s offerings and aren’t structured to prevent player progression.

“I understand that if it looks like a duck and it quacks like a duck… I know the statement. But honestly if you look at free-to-play games they usually have things called paywalls, where you’re slowly wearing something down and the only way to get around it is to pay. That’s not what we implemented in Forza 4 and that wasn’t our goal in Forza 5 either,” Greenawalt said.

“We don’t have paywalls. We have acceleration, and that was based on feedback from players in Forza 4–there’s a small group of players that can’t be bothered to do things and they have disposable income. They’re the sim guys in a lot of cases. They don’t want to do the career, and they don’t value those aspects, and that’s alright by me,” he added.

Greenawalt further explained that these microtransactions weren’t designed to make extra cash, but for busy people who want to access to the best vehicles in as little time as possible.

“I can totally see how people are perceiving it, but that wasn’t our thought process–we designed the tokens last, which isn’t how you’d do it if you were making a free-to-play game–you would design that economy and the token economy first, because that’s how you make your revenue,” he said. “That’s not how we make the revenue–we sell the game, and the tokens aren’t a big revenue driver. As a creative director, we were looking at it as basically giving people cheats, but if you want to put cheats in you have to pay for them, which puts a barrier in and makes it exclusive to those who want to pay for them.”

This is similar to Gran Turismo 6’s microtransaction system in which Sony president of Worldwide Studios Shuhei Yoshida defend by stating it wasn’t designed to frustrate gameplay, but enhance the experience for people to busy to spend substantial time with the game.