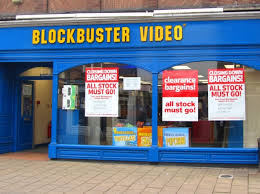 DVD and games retail chain Blockbuster has announced it will be closing the rest of its UK stores this weekend after failing to attract a buyer.

After previous blocks of stores being closed down, the 91 remaining stores will now be closing their doors for the last time, with the last store closing down on the 15th December. This will cost a total of 808 people their jobs according to the joint administrators Simon Thomas and Nick O’Reilly of Moorfields Corporate Recovery LLP.

All remaining stores will see their items sold at a discount of up to 90% off to unload the last of their stock until the 15th December.

“It is with regret that we have to make today’s announcement, we appreciate this is a difficult time for all concerned and would like to thank staff for their professionalism and support over the past month,” the joint administrators told BBC News.

“Unfortunately, we were unable to secure a buyer for the group as a going concern and as a result had to take the regrettable action to close the remaining stores.”

Times have been tough for the physical market, which has had to contend with the rapid growth of downloads in the film and game markets. Fellow high street chain HMV also fell into administration back in January, but was saved after being purchased by Hilco in April, and last year Game survived the threat of closure, instead being forced to put both it and Gamestation under the same brand name. This leaves those of us who like their games in physical form in a bit of a pickle when it comes to renting from the high street.

What are your thoughts on Blockbusters’ closure? Are you saddened to see another physical retailer go? Are you one of the people who were employed by Blockbusters and now have to look for a job?