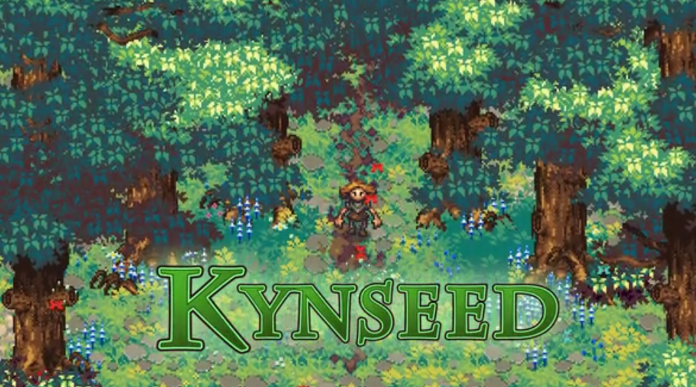 Microsoft’s Fable series was known for its open design, emphasis on choices, and its quirky sense of humor. I played the first game in the series very briefly but was impressed by its unique charm. I invested a lot more time into Fable II, and I can say that the sequel built on the foundation the first game created and expanded in a lot of different ways. There were more choices, more spells and weapons, and lots of different customization options. The game also still retained its humor and charm from the original, and it was a big hit with Xbox 360 gamers.

When I first heard of Kynseed, I was pleasantly surprised to find out it’s being developed by the same people who worked on Fable. It’s a self-proclaimed “quirky 2D sandbox RPG,” and that was enough to already get me excited. The developers behind the game are PixelCount Studios, a team comprised of former Lionhead Studios employees. You can check out the Kickstarter page here, and even download the Windows prototype and try it out for yourself.

The game is invoking classic 16-bit JRPGs from the Super Nintendo era with its lush and beautiful pixel artwork. And of course, you can even see a hint of that good old Fable charm and humor at around the 1:20 mark. The protagonist feeds an apple to a pig, at which point the pig inflates and starts floating in the air. Totally normal reaction, right? It doesn’t stop there – our hero then flings some sort of projectile at the pig causing it to pop into a bunch of pork chops. Animal slaughtering – the family friendly version!

Judging from the slice of life-styled gameplay shown in the trailer, I’m expecting this game to be sort of a cross between Harvest Moon/Stardew Valley and of course Fable before it. There’s a big emphasis on tending the land, befriending animals and townsfolk, and of course exploring the world. A unique mechanic is that time flows naturally and reality ensues – people and friends will pass away, including your own character. But that does not mean the adventure ends there, as your children will carry your legacy. Where will you take your family line? How will your legend come to be? The choice is yours!