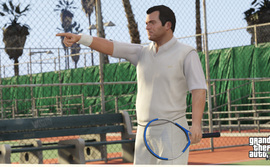 Rockstar Games have released a new patch set to fix some of the lingering issues still found in GTA Online. The title update, which is available for both Xbox 360 and PS3, will address problems such as instances of player’s vehicles and vehicle modifications disappearing due to cloud save failures.

This update will also kick-start the first deposit of $250,000 in game money in player’s GTA Online bank accounts. Rockstar have stated earlier last week that two deposits of $250,000 will be rolled out for players who have logged into GTA Online during the month of October. This first installment of in-game cash will be made available “early next week” after Rockstar confirms that all remaining player progression issues have been fixed.

The list of issues this current update will attempt to remedy are listed below. However, if players still encounter issues after the update Rockstar encourages people to visit their support page and/or message the copy via their twitter page.

Outside of updates concerning GTA Online problems, Rockstar have also confirmed that Grand Theft Auto V is now available for download on Xbox 360’s Games on Demand market place for $60. The games file is approximately 16GB.