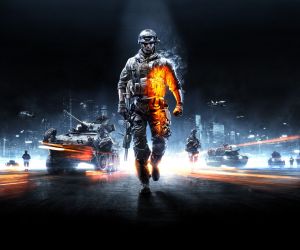 Despite what the popular belief might be, developing for both current and next-gen consoles isn’t as simple as it might sound. In an interview with GamesIndustry International, executive producer Patrick Bach revealed that the task of developing current-gen and next-gen versions of a game is no easy task, a simple port between the two versions doesn’t cut it.

“Well we’ve been very aggressive with Battlefield 4 in that we want to be out at launch with the next gen consoles, Bach explains. I think people might not grasp how hard that is, to develop a game at the same time as the hardware. We’ve been struggling quite a lot to keep up with the changes we’ve seen – both sides need to adapt and you end up being late. Everything is very complicated. Battlefield itself is a really complicated game, so it doesn’t make our lives any easier.”

Bach goes on stating that he isn’t surprised with Ubisoft’s decision to delay Watch Dogs; admitting that his studio thought about delaying Battlefield 4.

“So we knew we’d set ourselves a tough challenge, but people on the outside seem to think that because there are going to be launch titles, it’s easy,he says. What are we spending all our time doing? They don’t understand how hard it is! Talking about Watch_Dogs, I don’t blame them, there are times when we’ve considered doing the same thing – luckily we’ve overcome those hurdles and thought about what the game actually is on the next gen. We’ve had an excellent team working that out at the same time as the game itself, which is a big struggle. We can see that a lot of the next gen games coming are, arguably, lesser when it comes to the scope of features because of this problem.”

Bach also revealed that Battlefield 4 won’t be making use of Microsoft’s Xbox Live Compute, a cloud-based service that allows developers dedicated servers for their games.

“Not from day one. The reasons for that are multiple,” Bach said. “We started this project before these plans were locked down, so we didn’t dare fiddle too much with it. Also, we’re not Xbox One exclusive, so we needed a solution that would work on all platforms. We’re on five platforms, so we need something that’s Battlefield, not Xbox One.”

Battlefield 4 is set to make it’s debut on October 29 for Xbox 360, PS3, and PC; the game will arrive on PS4 and Xbox One on November 12 in North America and November 29 in Europe.