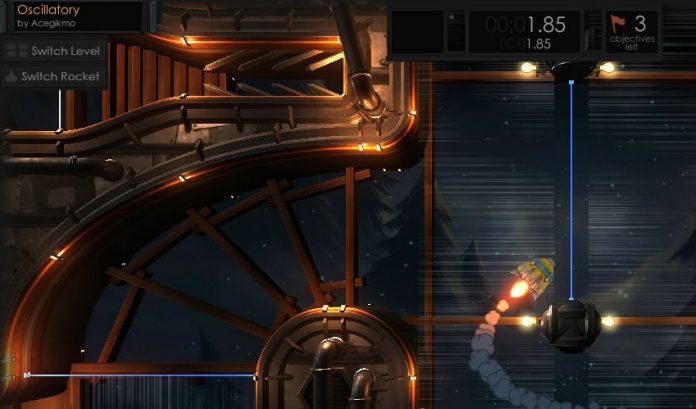 Flowstorm is a game designed to be incredibly difficult, following after titles such as Super Meat Boy. Players control a small rocket ship which is incredibly fragile, shattering if it touches an object with anything other than its diamond hard landing spikes. As such, anyone trying the game should expect to die a huge number of times. However, in Flowstorm death isn’t that big an issue, with a single button press respawning the ship with no interim load times.

Players have a variety of goals to shoot for in the maps, with 6 achievable timers with the foremost being fastest overall time. The developers have stressed that there’s no “right way” to play the game however, and as such the other timers include challenges such as not turning, not touching the ground and not letting go of the acceleration button. 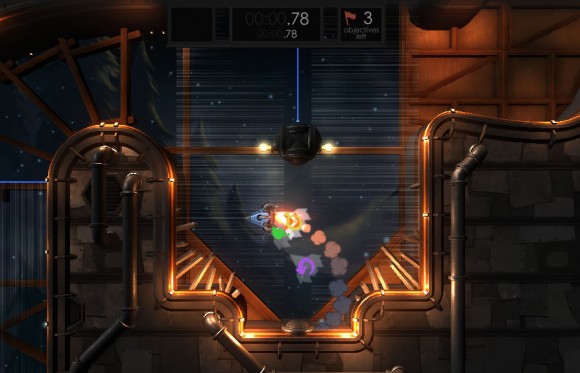 Flowstorm is currently in a web alpha stage, with proper gameplay and a level editior, but the developers wish to add a great deal of content and so have taken to Kickstarter in order to fund their project. The initial alpha was made during their spare time, but in order to add a comprehensive single player campaign, more ships and level assets and multiplayer features such a online versus and leaderboards they want to devote their full time to the project, hence the Kickstarter.

Those interested should check out the Kickstarter page and try the online game in order to decide if Flowstorm is worth their time.