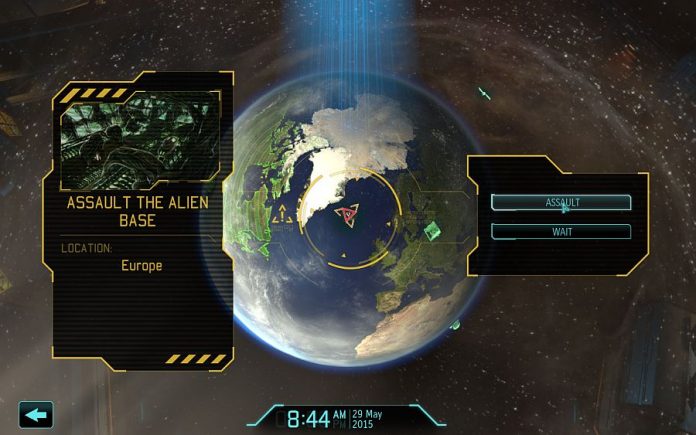 Last time when we talked, my happy squad was fighting against alien scum in XCOM Enemy Unknown, waiting for the scientists and engineers to find for them a way to enter one alien base and have some fun with the aliens there. Ah, stupid little soldiers, they had no idea what was waiting for them in there, and neither did I.

But in the end, the thing is that we’ve managed to build the Skeleton Key that gives us the chance to assault the alien base. So I’ve set up the best team that I had at the moment – without my favorite nicknamed brute “Mad Man – and we left towards Europe (which looks more like the North Pole on the map) to find the aliens: 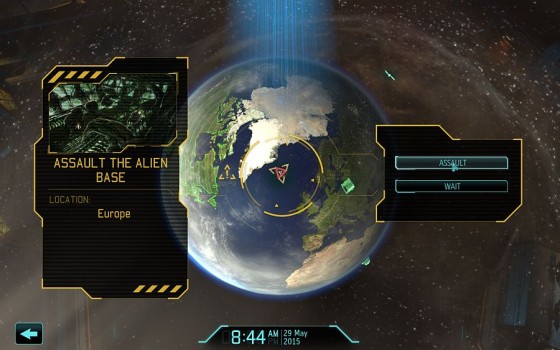 As we arrived, everybody was in a state of shock and Maj. Vorobyov almost twisted an ankle upon landing. Nice way to start such an important mission!

Most impressed was “Crater” Nabil who never in his life saw such amazing awesomeness. The rest of the squad was still bandaging Maj. Vorobyov’s ankle:

So Nabil saw a puny Sectoid and fired right through their energy source to send him to their heaven:

But it was not all Sectoids in the mother ship, as we were soon going to find out. And we found out the hard way, when we got surrounded by three Chryssalids. Did I tell you how much I hate them?

Fortunately, we were able to escape the nasty little buggers. With a bit of running away, combined with a little rocket’s blast, a grenade and one critical hit, everybody made it alive. Finally, no more Chryssalids.

Or not? Assault “Rhino” Ruiz found it out the hard way: there were two more left in the ship and one did the nasty thing with her, who turned into a zombie afterwards, hopefully being the only squad member that had to die twice.

But in the end, we took over the base. Three saves & loads after (hey, I’m not an Ironman!), there were 23 alien bodies lying around and just 1 XCOM operative, who died twice. And many injured soldiers: 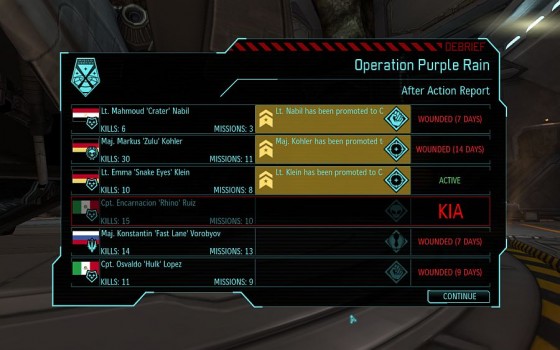 And then the month passed, proving to be an otherwise solid month. Taking over the alien base reduced the Panic levels in the world, so Nigeria started to love us again, while nobody cared that we missed 1 UFO. But it was huge, dude! 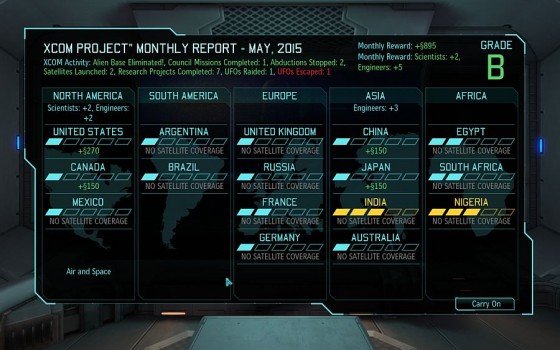 And finally, we get the chance to show Nigeria that we care about them! The aliens decided to attack, and we decided to help them and rescue some of their civilians. Easy job, we did that before… or so we thought. Because it was the time we met the Cyberdisc. They are so cute: 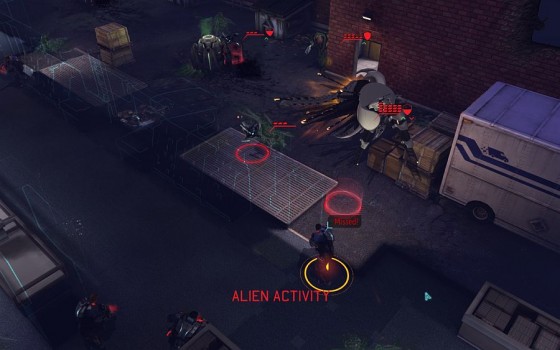 Of course, Cpl. Mutsuda would disagree, but nobody can hear him anymore, because the Cyberdisc and his friends took him away. But hey, it was a big day for Rookie Laurent! 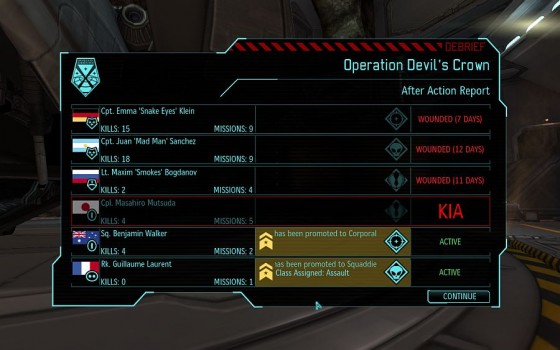 And so another episode of the story ends. It was a tough month for us, but it all went pretty well. The only problem is that I’m starting to lack Assault soldiers (meaning that we have NO Assaults to select for the team), which is pretty sucky. I brought it three new rookies to level them up and see if they become assaults, but I was not lucky. Things are getting more and more difficult now and I feel that the alien crap has just hit the fan.

But we have to keep going, the entire world needs our help. And as long as “Zulu” Kohler is in the game, we’re still in the game! So stay tuned for the next update of my story!