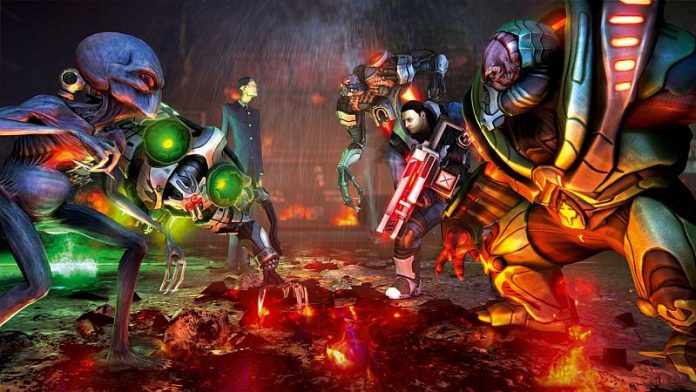 Now that 2012 is behind us, we can safely look back and realize that PC gaming was alive and kicking this year, with a bunch of PC exclusives putting it back on the table and proving that those who say that PC gaming is dead are… dead wrong!

But we’re not here to start a war against the console fanboys, we are here to check out the best PC Games of 2012 and enjoy the list of games that amazed us in the previous 12 months, some really good months for PC gamers worldwide! So let’s check out the titles!

People were generally skeptical about Counter Strike Global Offensive and many still find it difficult to leave Source behind, but Valve did a great job with this game and managed to infuse enough new elements with better visuals to make it a worthwhile purchase, without ruining the experience. I particularly loved the new game modes and I am really pleased to be able to put a CS game on this list.

One of the reasons why I love PC gaming is games like Hotline Miami: they come out of nowhere and manage to blast you away with a baseball bat. Extremely gory and difficult like hell – just like PC games used to be back in the days – Hotline Miami packed a bloody punch this year in the world of gaming and certainly managed to put a brand new indie studio on the map.

One extremely appreciated game this year, Telltale’s episodic adventure didn’t manage to tickle my pleasure spot. First of all, it’s way too linear for my taste and second, the choices I make don’t influence the overall story too much… so why bother? There are, indeed, some great moments in The Walking Dead and the game does manage to offer some intense gameplay hours, but it’s just not good enough to be up there at the top.

The problem with tops and lists is that they are entirely subjective. Therefore, Borderlands 2 is down here and this might upset some. But in my case, I never managed to understand or feel the Borderlands craze and never really enjoyed playing the game. However, I can admit that it’s a high quality title that probably many gamers will enjoy a lot more than I do, especially with the multiplayer bringing up the extra challenge and entertainment into play.

Just a mod of an obsolete game, DayZ proves that you don’t need the best visuals ever and not even a perfect gameplay in order to make it big. The zombie survival tale is told in an extreme fashion, the game itself is incredibly intense and amazing (especially when you’re not playing it alone) and is already one of the best zombie survival games I have ever played. An amazing product, overall!

One of the first new generation MMOs, Guild Wars 2 abandoned the traditional ways of playing the game (basically by completing quests and having you rush madly to the maximum level) and instead made exploration and everything in between a lot more interesting and rewarding. A game you’ll love to play as a whole, not just for the monster fighting is always a game that will rank high for me, especially if we’re talking about a MMO.

Again a huge surprise of the past year, FTL came out of nowhere and really managed to enrage my wife because I spent the nights playing the game, trying to find the right balance between power consumption and commanding the crew, fighting the enemy ships and making it as far as possible. Sometimes the game made me feel like I as playing a futuristic boardgame and since I’m a board game geek, I totally loved it!

The finale of the series, even though not satisfactory enough for some, was still an epic finale of an epic journey that we started years ago. I don’t know if playing Mass Effect 3 as the first game in the series would make it as fun as it was to play after finishing the first two titles, but I do know that it looks amazing, it plays amazing and is, overall, pretty amazing and a must play for every gamer that finished the first two games in the series.

An action packed RPG that was compared by many with Diablo for all the right reasons made a comeback in 2012 and it was bigger and better than the original, even though it went by the concept “if it’s not broke, don’t fix it!” It was bigger, better, it offered multiplayer and tens of exciting hours to those who played this game and will surely offer the same to you if you somehow missed it.

When you think that it simply can’t get any better with a game in the Assassin’s Creed series, Ubisoft finds something and makes you reconsider everything. If you were to ask me at the beginning of 2012 if I thought that AC3 will make it to the top ten, I would’ve laughed at your face. But here it is, a great game both for the fans as well as newcomers to the genre.

Highly anticipated sequels to great games will always leave you with a sour taste and you’ll always feel that more could’ve been done and partly it’s the case of Max Payne 3. However, if we do look at the game as an individual product, we can agree that we have an amazing product that offers many hours of intense gameplay with the Bullet Time included!

Not only that this is one of the best looking games on the market at the moment, but it also delivers in terms of gameplay and endings to be precise, especially if you get that special one. But apart from that, we have a high quality shooter set in an amazing tropical world with great enemies and challenges to get past – so, in other words, a real treat!

Again a game that is really hard to judge – when you’re talking about one of the most anticipated games EVER, it’s pretty hard to say that everybody was happy with the release and that is only natural, probably. But putting everything aside, Diablo 3 is slowly becoming one of the most popular games ever released, there are people who are starting to make a living out of it and even if you’re just a regular gamer looking for some fun, you’ll most likely get it from Blizzard’s game.

Another surprising release of the past year, despite being released by the giants at Bethesda. Dishonored almost came out of nowhere and amazed us all with its incredible story and gameplay – the stealthy mask wearing assassin and everything in between marking the start of a great franchise and overall one of the best gaming experiences of 2012.

Remaking a legend is always a tough challenge but XCOM: Enemy Unknown managed to fill all the expectations and delivered a flawless experience, managing to keep the old vibe alive even though there was nothing old about this game. For me, it was the best game I played id 2012 and clearly one of the best games I have played in the past years, so I am really proud to offer Unigamesity’s GOTY award to XCOM: Enemy Unknown.