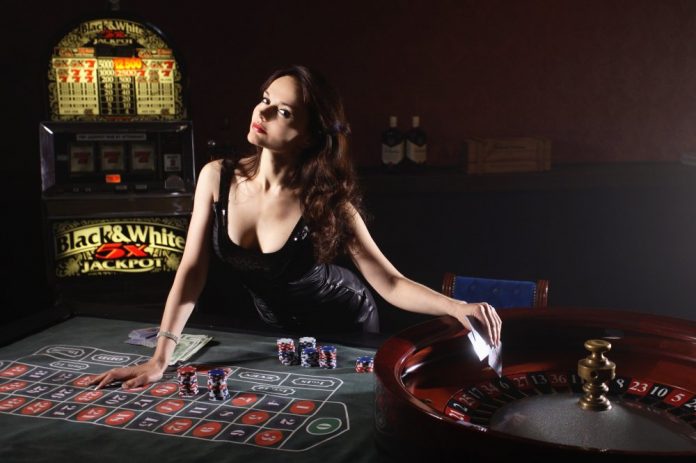 Slots have been the popular form of casino games – even at the brick and mortar casinos. Yet, their popularity has exploded along with the rise of online casinos. The sheer volume of slot titles available at the disposal of a player can be quite overwhelming, while also making it hard for newbies to know the best from the category.

Even though mobile casinos have become the trend in recent years, the best possible online gaming experience is still available on the desktops or PCs. It explains why the latest games on NetBet still appear to focus on providing exhilarating gaming experience on a PC. The hallmark of a great game is not just the high-end graphics or entertaining gameplay, but it is the ability to provide great wins along the way. Here are some of the 5 slot games that are great to play on a PC:

Thunderstruck II
One of Microgaming’s popular slot titles happens to be Thunderstruck II. This game may have come almost a decade ago since its launch in 2010, but the game has its origins even before with the original Thunderstruck. Yet, Microgaming has provided substantial improvements to the gameplay and features so that the new Thunderstruck II continues to enjoy the cult status. A headline feature happens to be the 243 paylines. Filled with excellent graphics and gameplay, this slot was way ahead of its time and it still feels modern even now.

A special aspect of this game is the Great Hall of Spins – a bonus feature with several cool elements like free spins, multipliers, and more. Apart from immense entertainment, this special feature can also raise the stake several times over.

Mega Moolah
Mega Moolah is one of instantly recognisable slot titles, as the game from developer Microgaming has achieved a cult status amongst fans of online slots. Much of the popularity stems from the humongous progressive jackpot that has created several millionaires. The gameplay is based on a 25 paylines and five reel set up. There is reasonably good quality graphics – considering the age of the game – and the soundtrack is also excellent. Yet, this game’s best features are the bonus games and they are best experienced on the PC.

The free spins feature happens to be the second most popular aspect of this game after the progressive jackpot. Players get rewarded with 15 free spins, which is not too bad considering that the jackpot is always on the table. Mega Moolah is well worth the time spent, as it has top-notch gameplay coupled with spectacular wins on the horizon.

Starburst
Starburst happens to be one of the most popular slot titles around. It has been the flagbearer for Net Entertainment in recent times. This colourful game comes with an arcade theme, and it is quite fast paced too. Clearly, NetEnt has put a lot of effort into designing the game, as it looks brilliant with all the bright jewels on the reels. There may be only 10 paylines in the game, but players would happen to come across a regular stream of wins. The fast paced nature of the game has also been a major hit among players.

Unlike some of the modern slot titles that tend to provide the highest concentration of wins in a bonus game, Starburst opts to stick with the base game alone. There are no free spin features, but the expanding wild is a bonus element that can provide substantial wins.

Cleopatra
Cleopatra may be a classic slot title, but it still stands as one of the finest slot titles to be experienced on PC. The graphics may not hold up against some of the modern competitors in terms of gameplay, but developers IGT have managed to produce one of the finest gameplays around. The slot has the potential to yield some reasonable returns even on the base game, but its true potential can be unlocked within the bonus elements. The free spins feature will provide players with 15 free spins. Crucially, this feature comes with a 3X multiplier to substantially increase the returns. It is also possible to retrigger the feature up to a maximum of 180 free spins.

A player can easily look at adding a 200 X return on the stake during this bonus game. While it may not offer the class leading graphics, its gameplay can be quite addictive.

Gonzo’s Quest
Gonzo is the lead character in the game and he goes in search of El Dorado – the lost gold city. This game comes with only 20 paylines across the five reels, but makers Net Entertainment have focused on enhancing the bonus round in the game to a great extent. The game manages to provide top-notch graphics like every other NetEnt game. The unique aspect maybe the explosions that take out the winning combination from the reels to be replaced by new symbols. As this happens, the game adds a multiplier that can go up to 5X.

The bonus feature of the game is dominated by the Free Falls Bonus, which comprises of 10 free spins to the player along with a possible 15 X multiplier. While the player may not stand to get much returns in the base game, the bonus feature can be immensely rewarding.