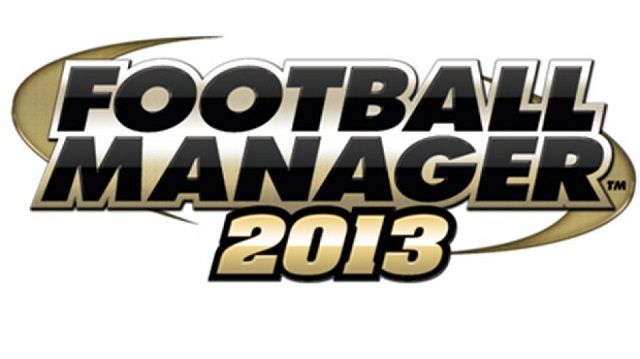 Probably this article is going to draw a lot of heat on my head, but it has to be written. And have in mind that before writing it, I have waited for such a long time: I gave the game multiple chances, I waited for Sports Interactive to fix things, I read posts on forums and I tried to right the wrongs, but everything was impossible. And the result was me thinking that Football Manager 2013 is the worst game in the franchise.

I will not start explaining what Football Manger 2013 is – this article is obviously for those who know what I’m talking about, for those as frustrated by the game as I am and for those who somehow manage to get lucky and be completely pleased with the end result. But on my side, there are so many things that Football Manager 2013 fails at as a simulation that it makes it impossible to play. Frustrating and enraging, as opposed to what games should be: fun and relaxing.

In the past, the match engine of Football Manager games was not perfect. It had its flaws, it had its bugs, but in the end you were able to work around them and have a more than decent experience. You were the manager and you were allowed to get all the glory. Now things have been made impossible, stupid and completely unreal (and I am talking about the old school game mode, not the one where you have to pay for extra transfer money – that is obviously for a different audience).

So what does Football Manager 2013 do wrong? Oh, so many things, and all of them are on the football pitch itself. I don’t know where to start, so I will just write the reasons as they pop up in my head:

1. I find it incredible that after so many years, our players are still unable to take a throw in. It’s as if they look after the place where there are none of our own players and throw the ball there. It is true that this happens less often than in last year’s gamen (when 100% of the throw ins were sent to the opposition), but I still find it incredible that it was not fixed.

2. The super-opposition syndrome
No matter if I play Real Madrid or Concordia Chiajna, the opponents are better than Messi. Usually, as soon as I score a goal, they turn into super football players, extremely determined and incredibly skilled and they attack, attack and attack and usually score in the next 5 minutes. On the other side, when my team is scored against, things go from bad to worse and they seem to play worse than a five year old who sees a ball for the first time in their lives. And yes, I did try all sorts of ways to counter-balance this (including issuing team instructions and going defensive, including going extremely offensive after scoring)… nothing seems to be able to stop the opposing team of terminators. And this is unreal, as well as frustrating.

3. Am I the manager?
Sometimes, I just feel that my instructions are there just to look good and don’t matter for the team. And I am NOT talking here about a tactic that we have just started playing, I am talking about a tactic that’s close to 100% on all levels. Take the defenders as an example, the most frustrating one. I instructed them all not to try through balls, I have dragged their creative freedom to minimum, I have dragged their passing to minimum (short passes) and they still drive me crazy wasting balls by blasting them forward over the midfield, trying to “launch” the attackers on goal. They never manage to hit the passes right. And it doesn’t happen when we’re being pressed by the opposition (which would mean that they try to clear the ball). No, they just ignore all my instructions and hit the balls forward despite everything I try.

4. Really, am I the manager?
And there are many other instances in which all the instructions that I issue are ignored. Getting over those that are more or less debatable (like the way midfielders pass and play, for example), let’s take take the goalkeeper. He’s instructed to pass the ball short to my right fullback (so that he can blast it away because he doesn’t care). Of course he never does that and distributes the ball everywhere else BUT at the right defender. Maybe the players simply hate me :)

5. I don’t feel like the manager
Have you tried playing the same match multiple times? I have because I thought that I have to win it. I was on 10 in the league, playing against the team sitting at the bottom of the table. No wins for them in four decades, they meet my team. They win the game 2-0 after my lads play an awful game. I reload and restart the match, using the same players, the same instructions, everything identical. We draw 1-1. I reload and do everything the same. This time we lose 1-0. I reload and try to change my approach (from encouragement to we have to win this) and the game’s over at 2-0, again, for the opposition. In their next match they get hammered at home by the team that’s on 8 in the league 5-1. And I can’t understand anything from this.

I don’t say that if I reload, everything should be the same in the match, but it seems that it’s all so random that it rarely matters what I instruct my players to do, what I tell them and what I want. Instead, we’re always the underdogs, somebody always scores their first goal of the season against us (and it’s usually the crappiest player in the team) and I am left to wonder… what the hell is happening?

I tried multiple approaches: a “classic” 4-4-2 (the most successful), an offensive 4-2-2-2 (with two wingers), a 4-4-1-1 and nothing worked. I don’t say that I am a tactical expert, but I am also sure that if you put me in charge of Real Madrid and have me play Concordia Chiajna (which is team in Romania, by the way) and I start the game with all the stars, we’ll win that game, no matter what strategy I employ. And if we’re really unlucky to lose it (hey, anything can happen), we’ll certainly win the next one.

6. And many other problems
The match engine itself this year seems to be a complete miss in Football Manager 2013. From players who simply stay there and dumbly look at the ball getting past them without even trying to run and get it to defenders (always those on my team) who are simply unable to defend and mark a man and strikers missing clear chances when they’re alone with the goalkeeper, everything is possible in the game. Long shots when you tell them not to, long passes when you tell them to keep it short, passes back to the keeper from the middle of the field even though we’re on an attacking strategy and there are many options, wingers who get forward, have a clear line for a cross (and are instructed to cross often), strikers waiting in front of goal, and they pass back to the fullback and so on and so forth…

As a side note, I have played every Football Manager game since 1996 (when it was known as Championship Manager) and I never had such a miserable time and a bad opinion about the game. With FM 2013 this year I only feel sorry for the 50 Euros I spent on the game. And clearly this will make me thing three times before buying another game in the series – a series I love with so much passion.

What do you think about Football Manager 2013? Is this year’s version indeed flawed to the core or you’re having a great time playing?