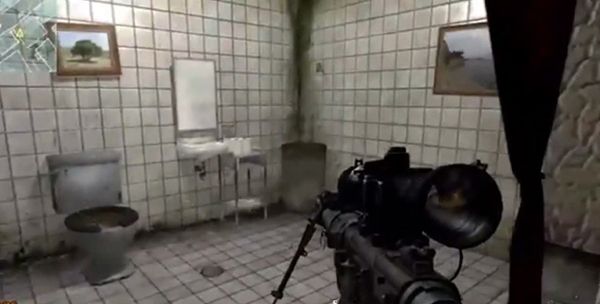 Activision were just involved in a little scandal that they surely did not like: a map in Modern Warfare 2 has managed to upset (to say the least) the Muslim community, ending up in Activision completely removing the map from the game.

Apparently, the reason was one that most of us would completely ignore: a painting that was hanging above a toilet. But apparently the text around the painting read “Allah is beautiful and He loves beauty,” which made the Muslims unhappy. Not because of the text, of course, but because the painting was right above the toilet.

The map in question, Favela, has been immediately taken off by Activision who are editing it right now and removing the controversial painting. In the meantime, Activision released a statement to Modern Warfare 2 fans and to the Muslim community:

“We apologise to anyone who found this image offensive. Please be assured we were unaware of this issue and that there was no intent to offend. We are working as quickly as possible to remove this image and any other similar ones we may find from our various game libraries.

Activision and our development studios are respectful of diverse cultures and religious beliefs, and sensitive to concerns raised by its loyal game players. We thank our fans for bringing this to our attention”

At least this was fixed quick enough and things didn’t degenerate. I am sure that there was no intention to insult anyone, don’t you agree?